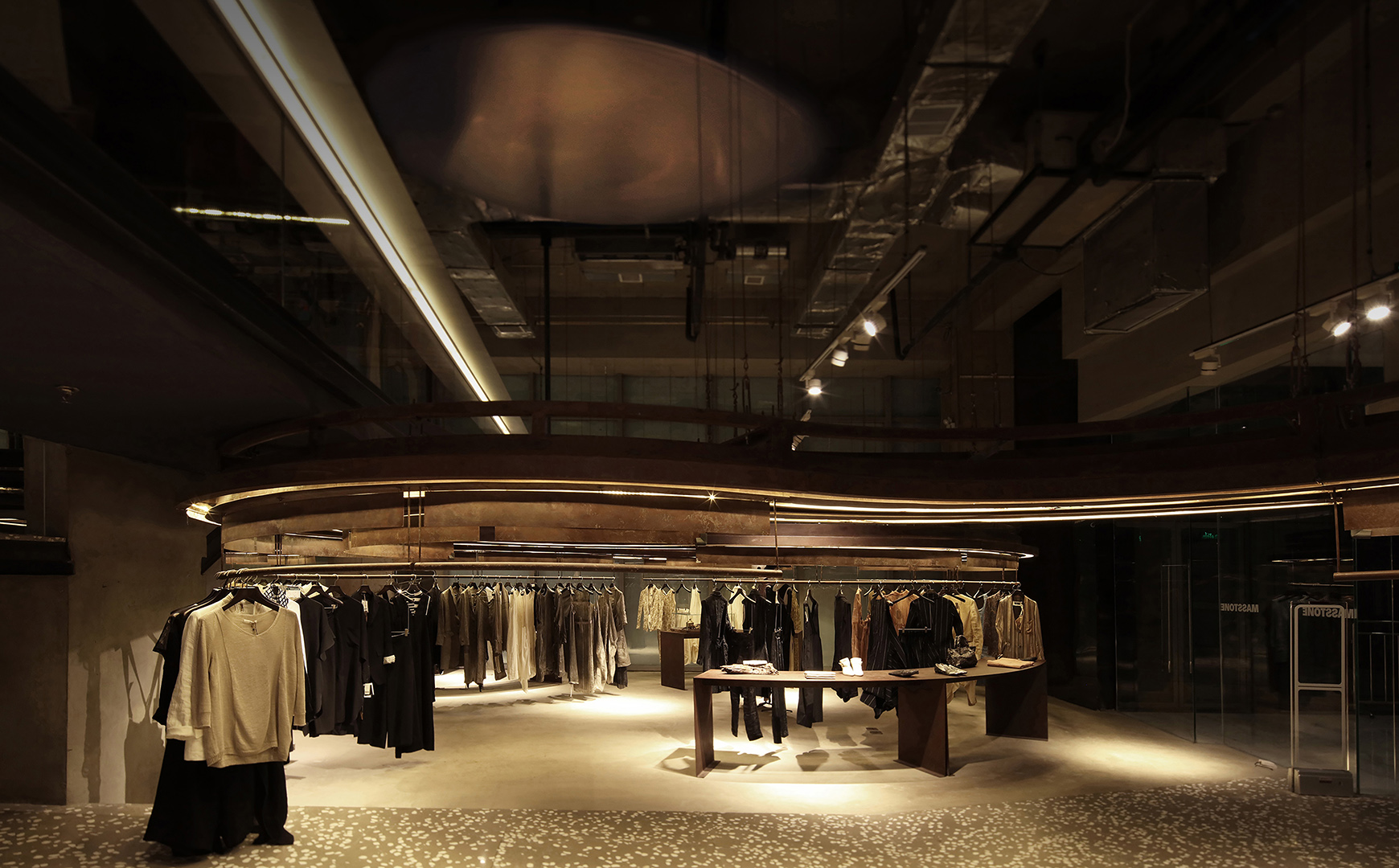 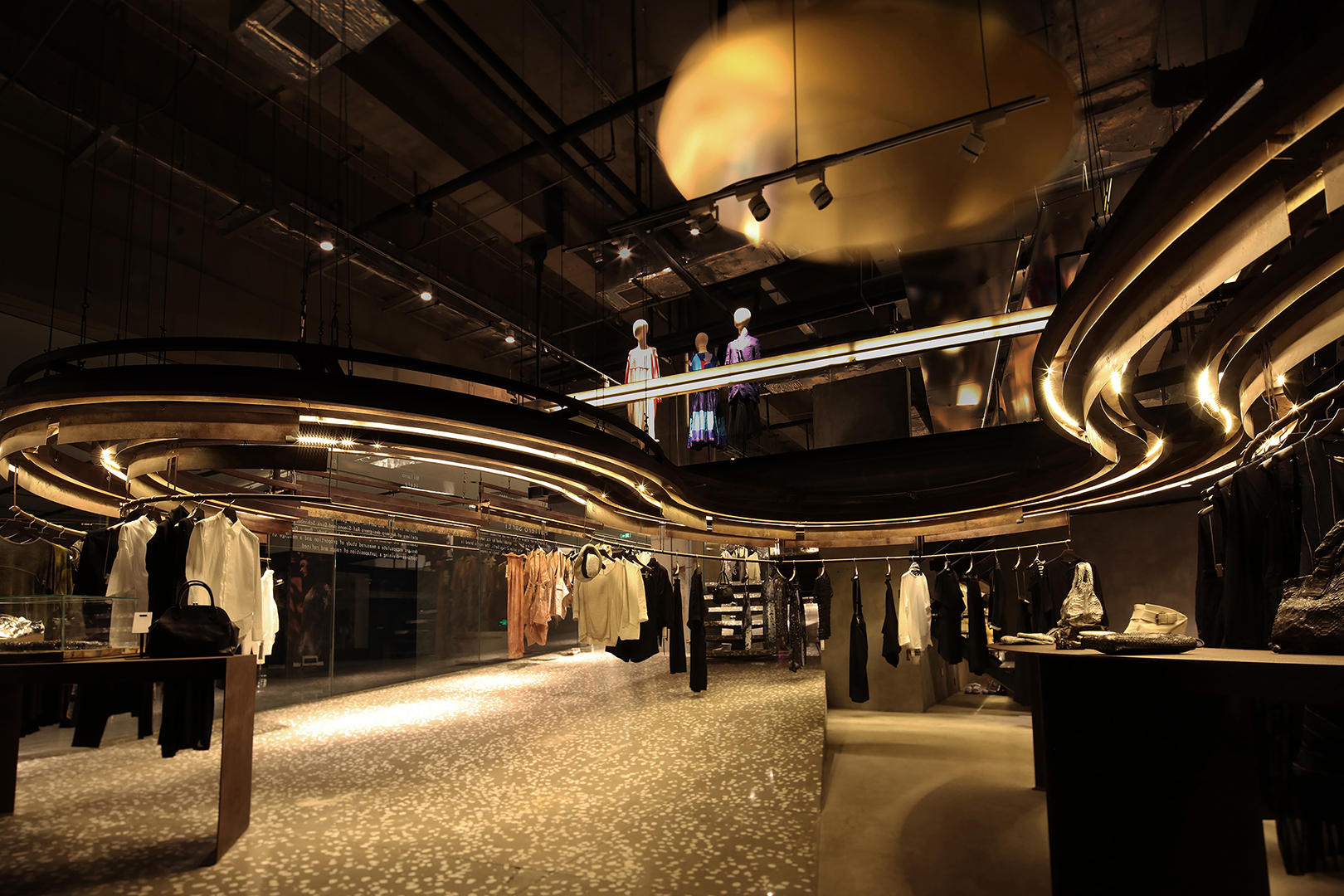 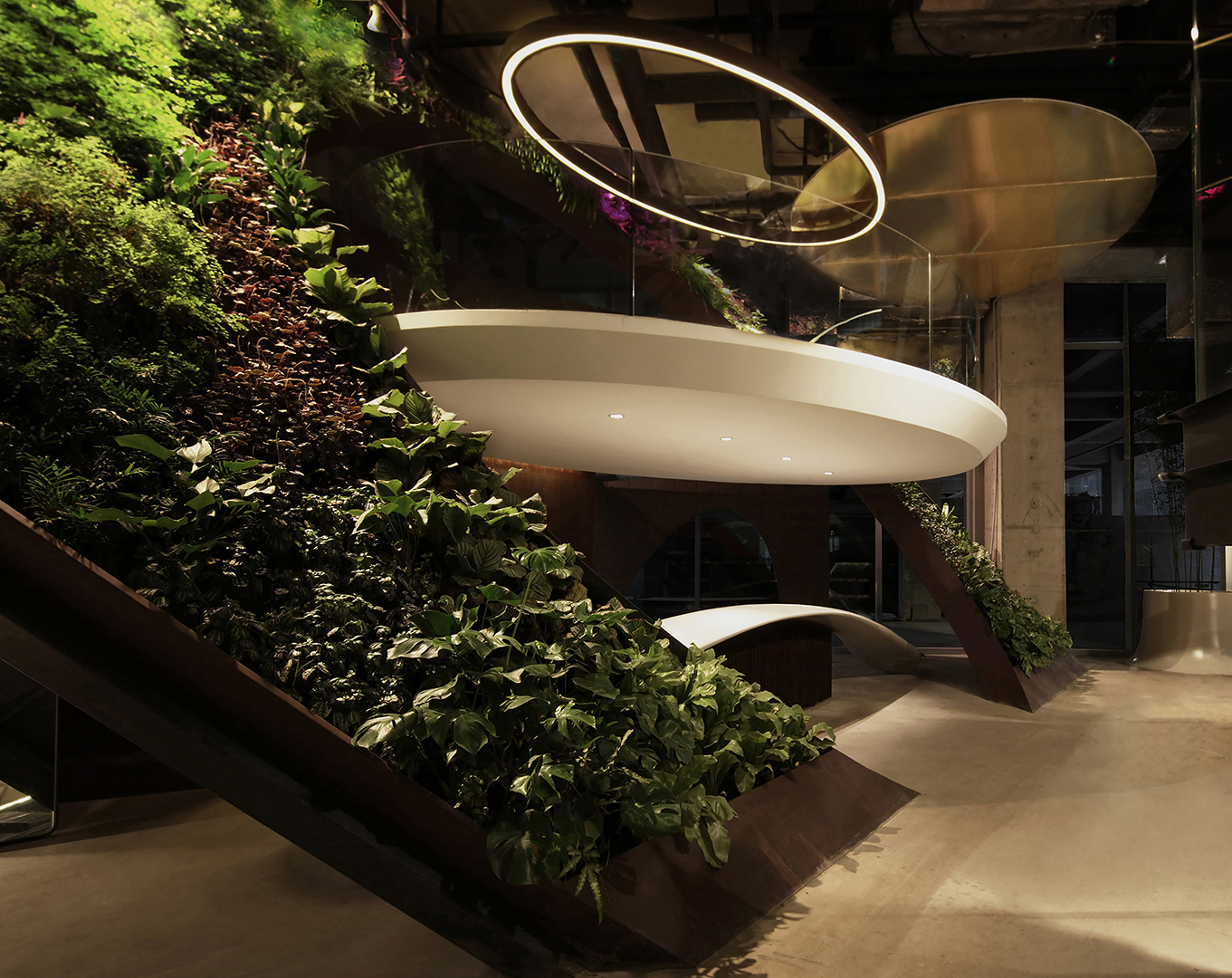 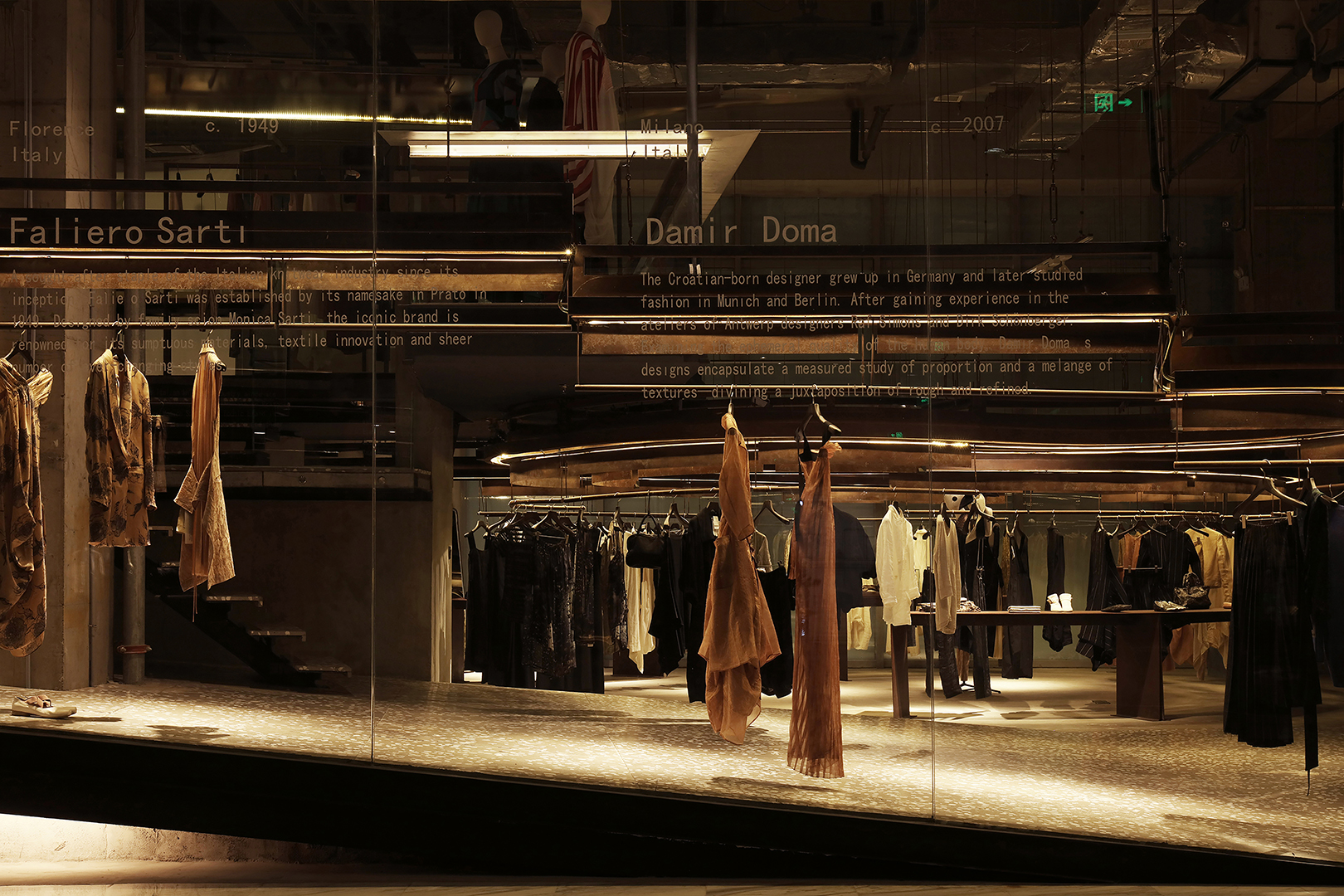 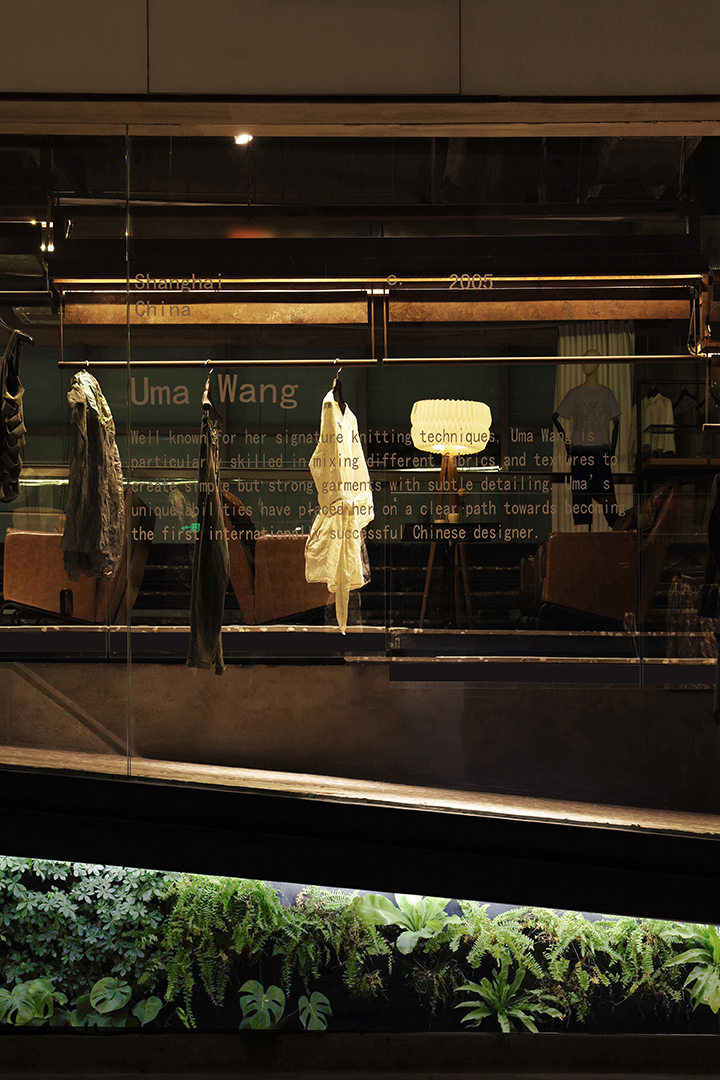 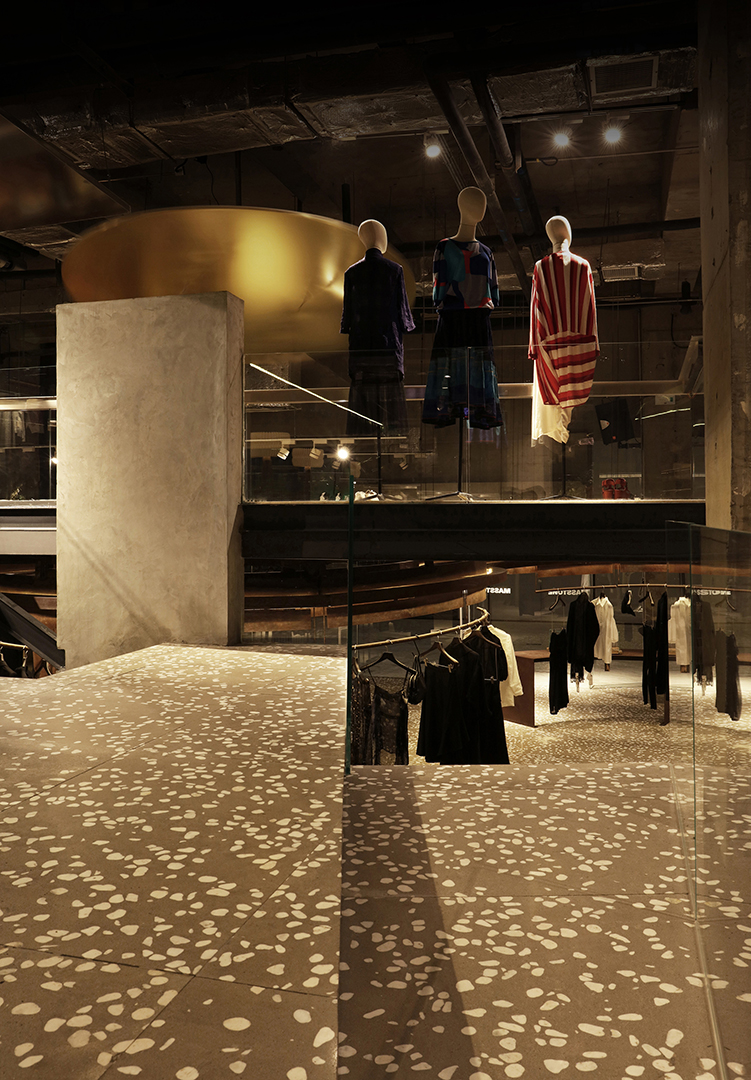 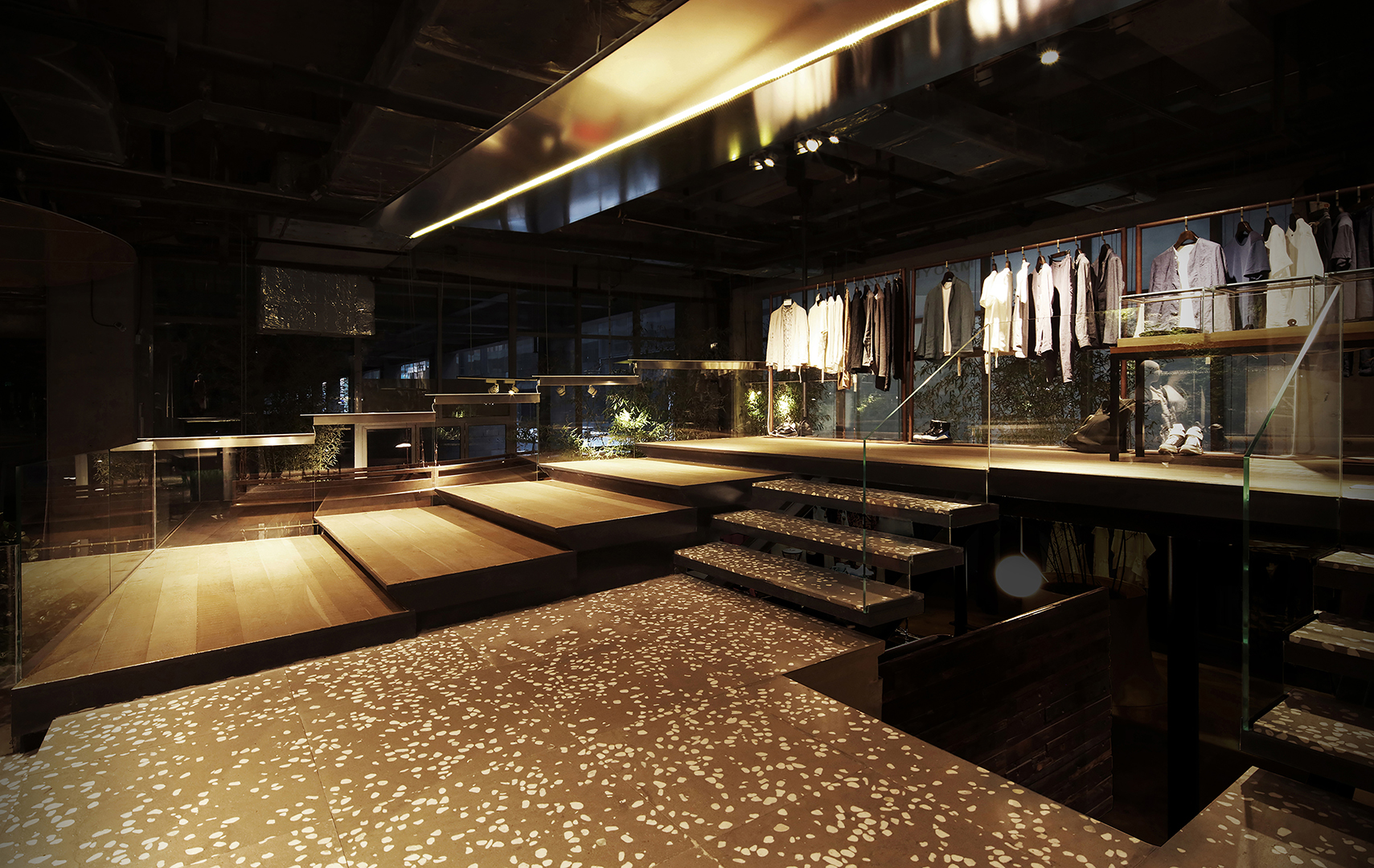 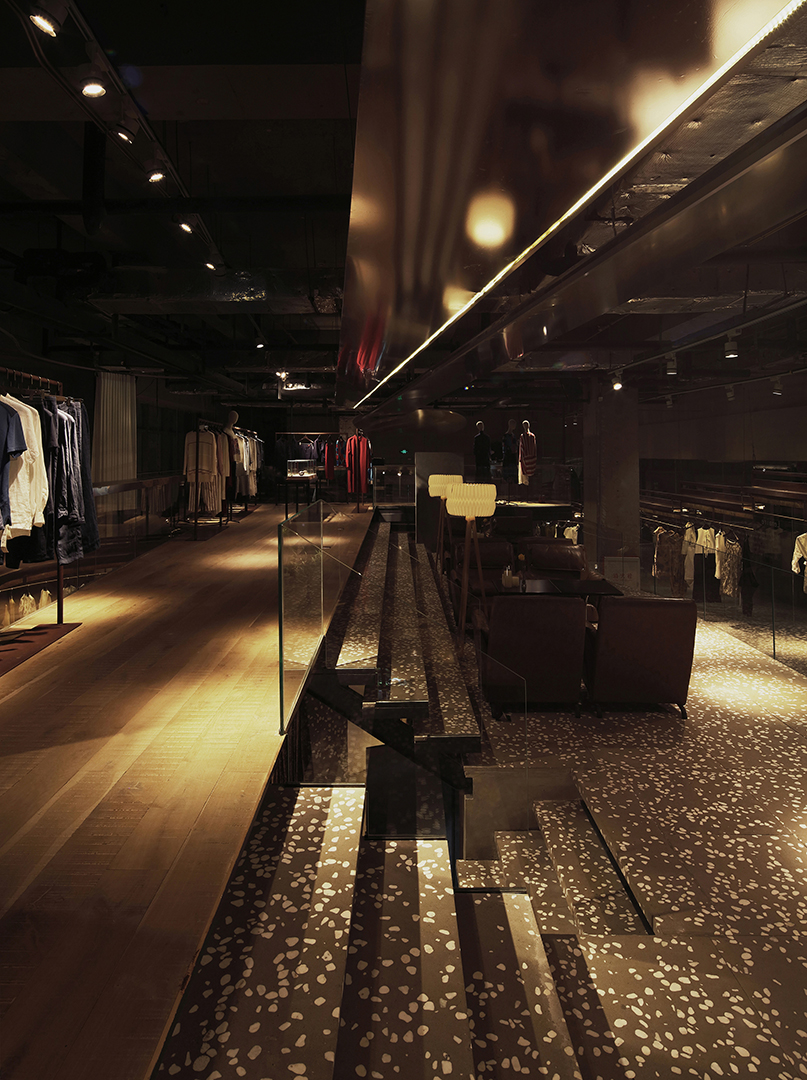 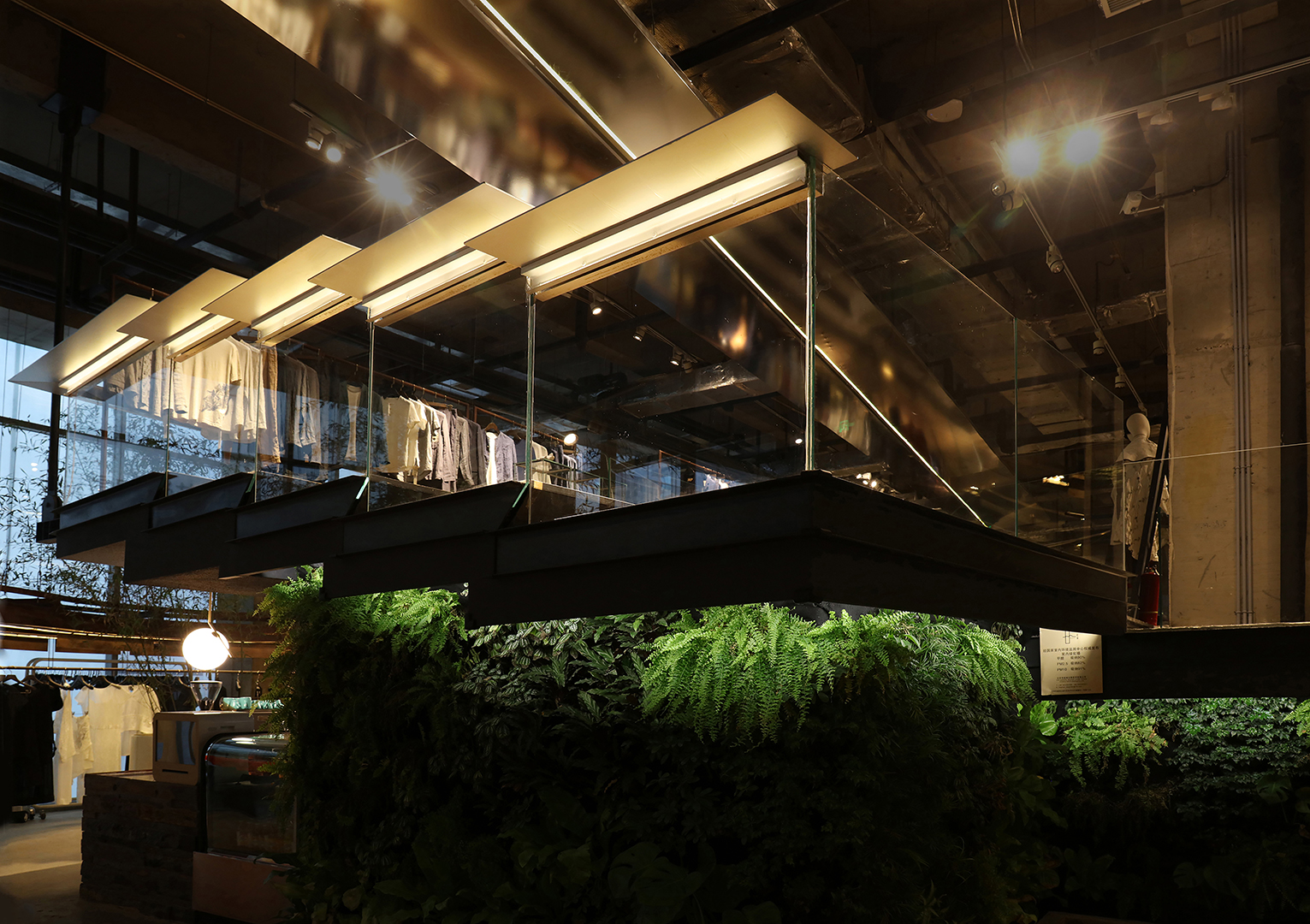 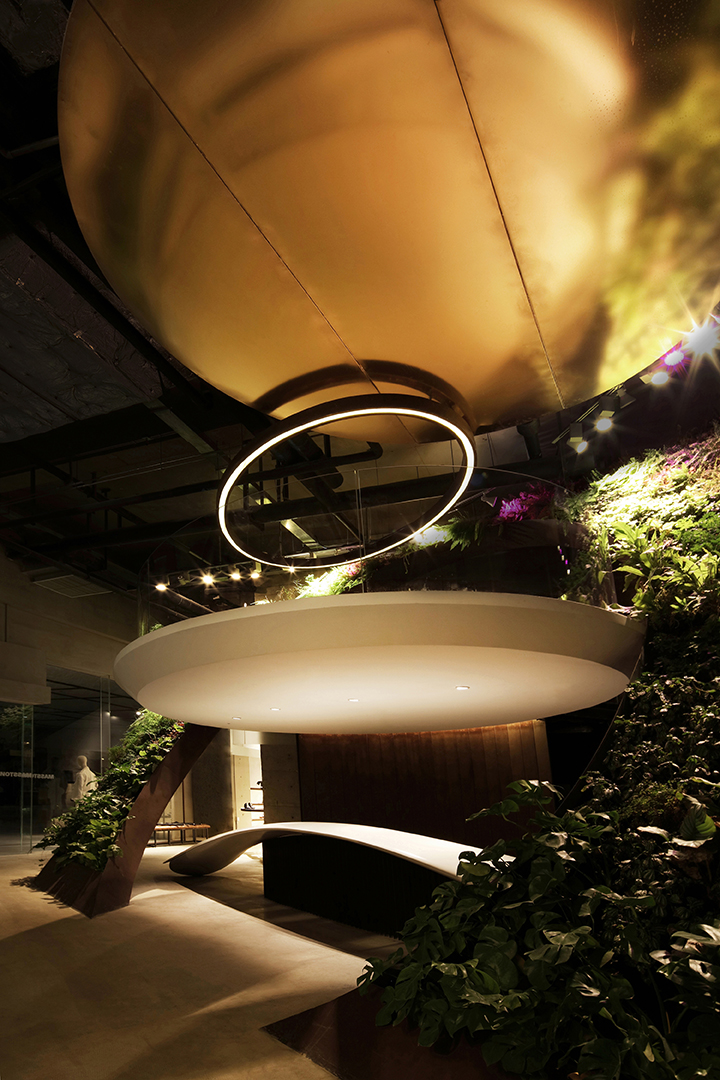 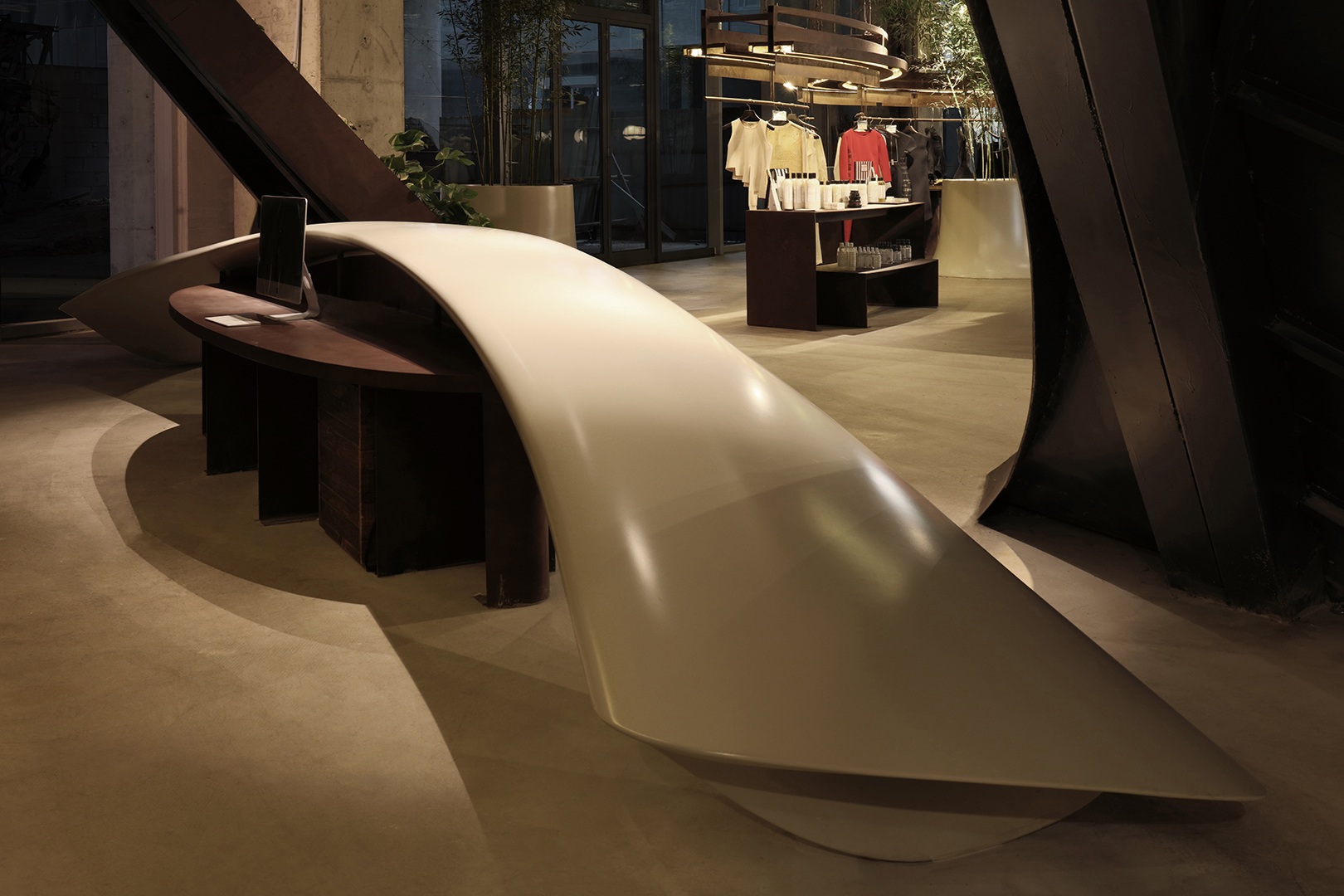 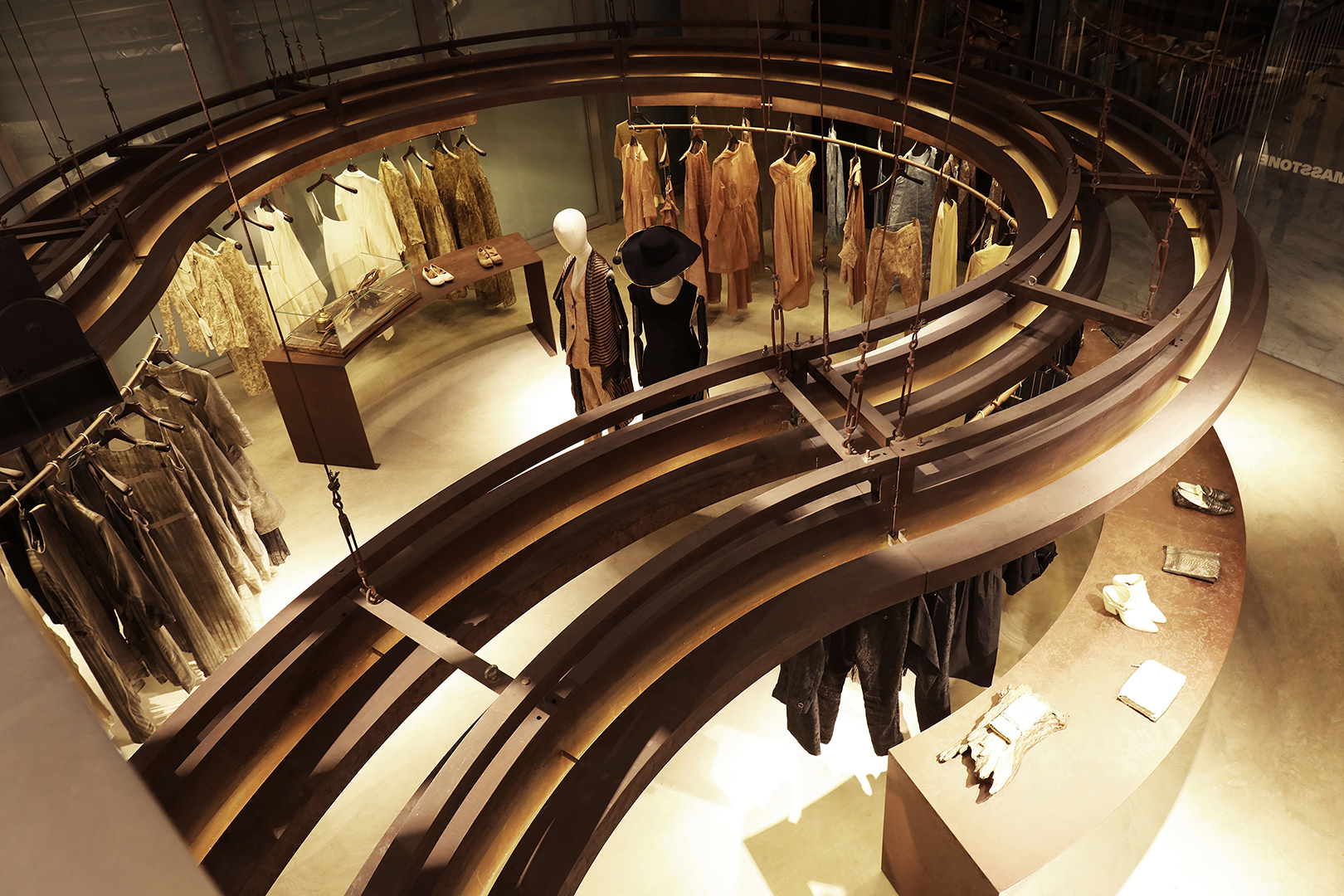 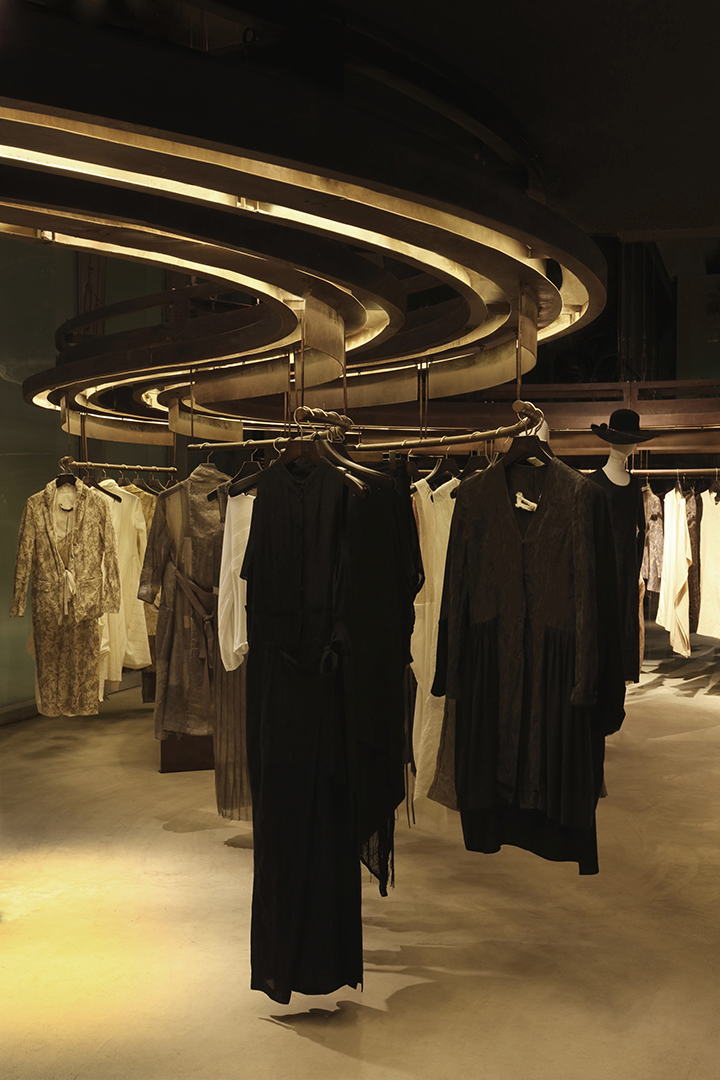 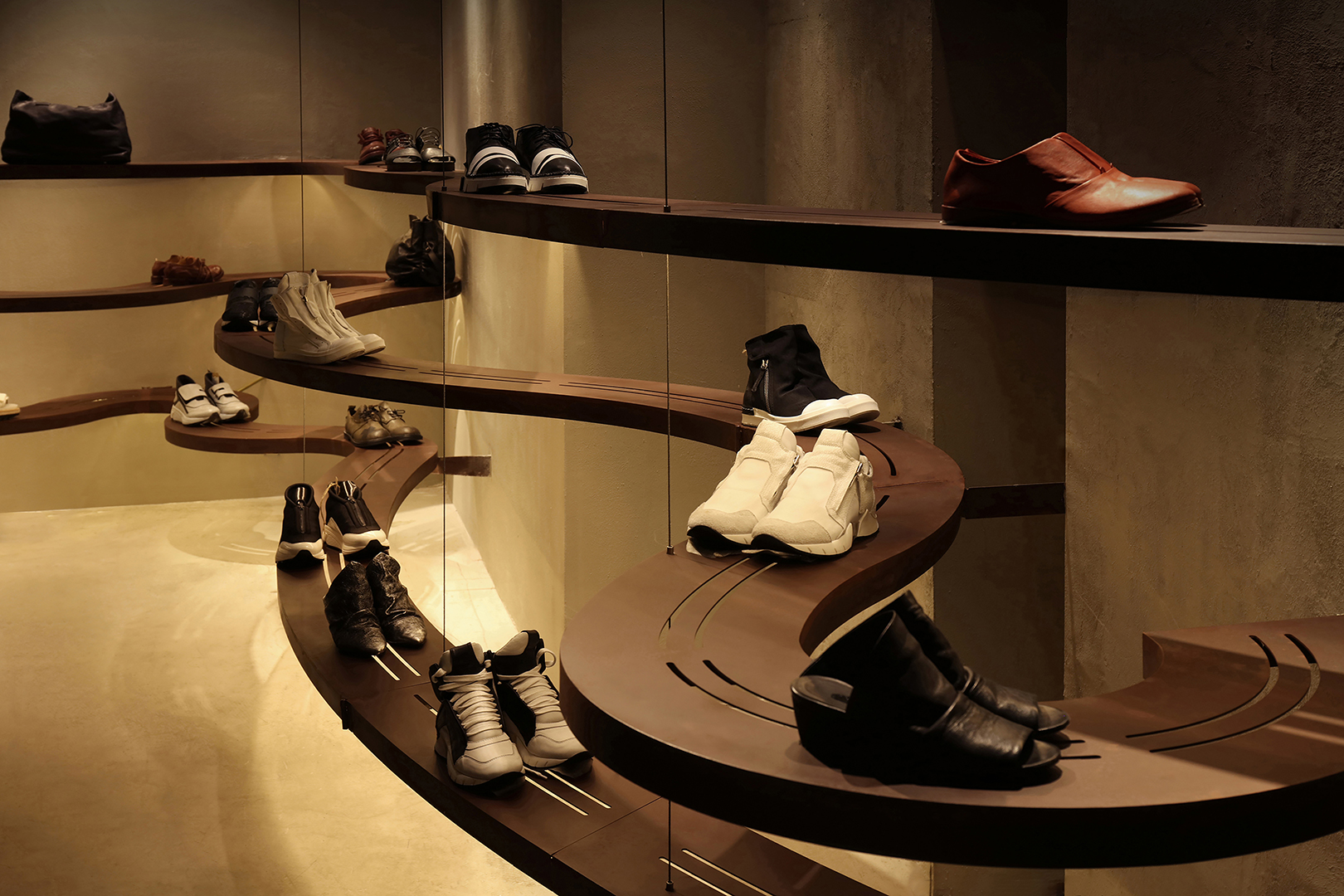 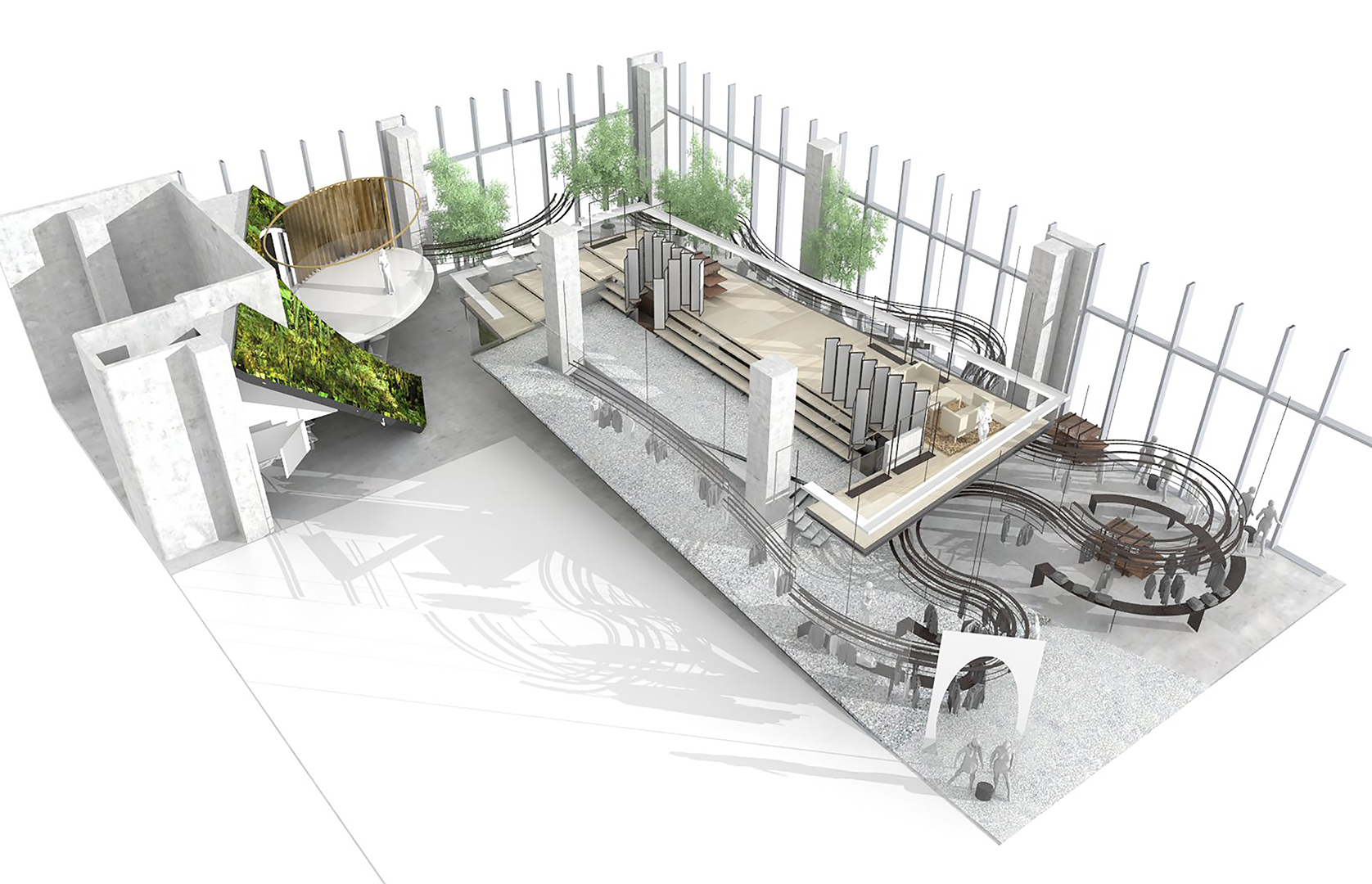 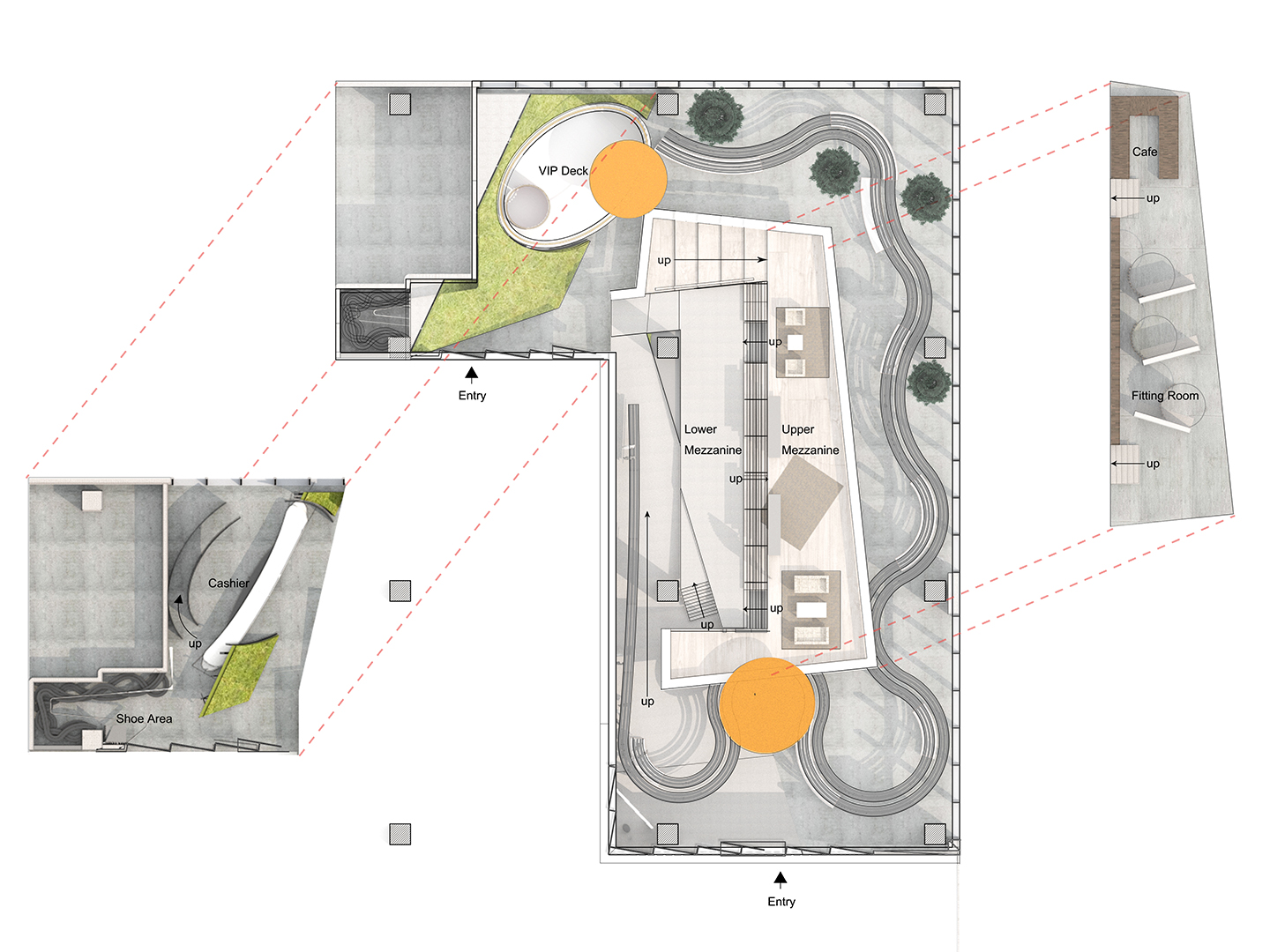 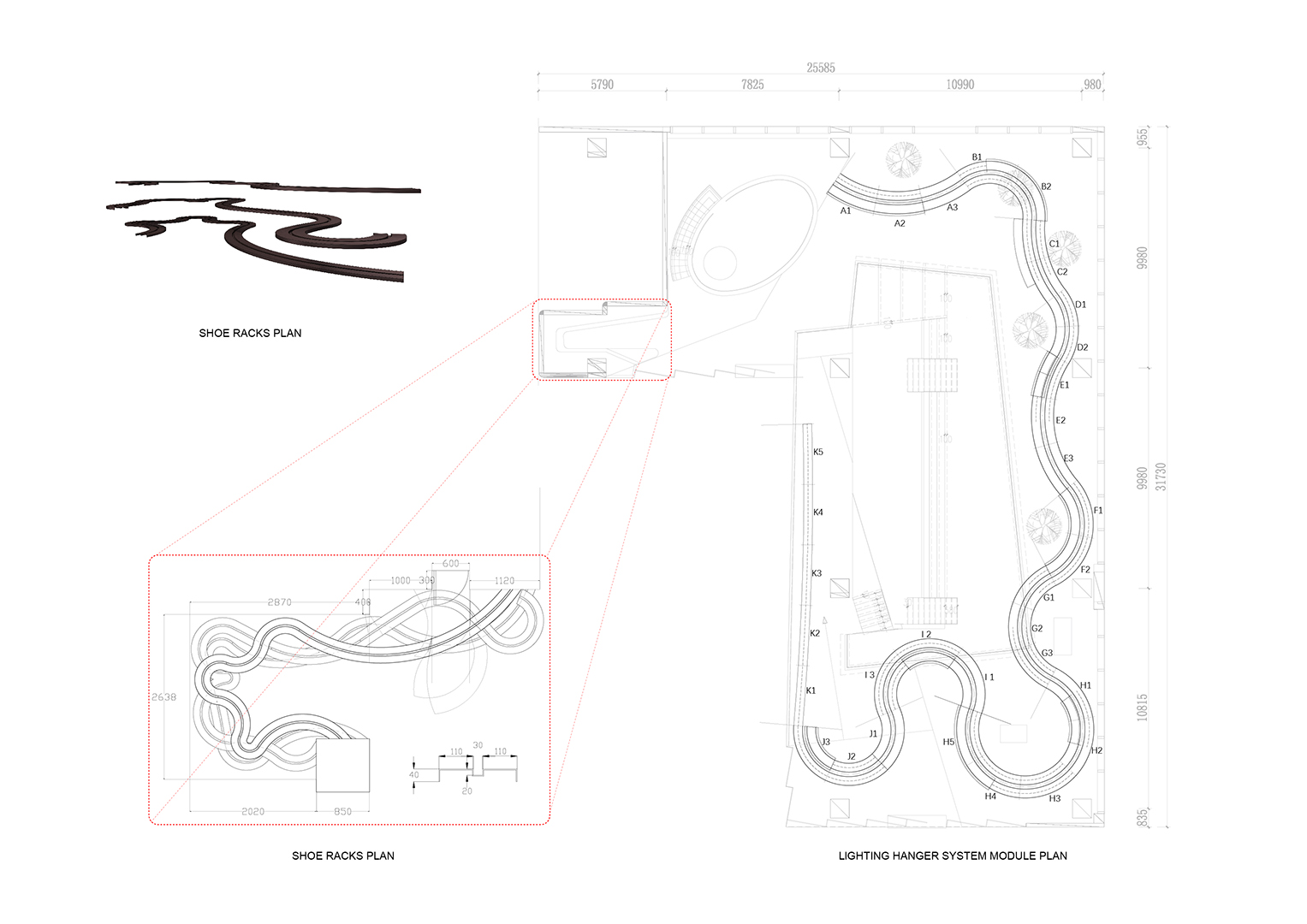 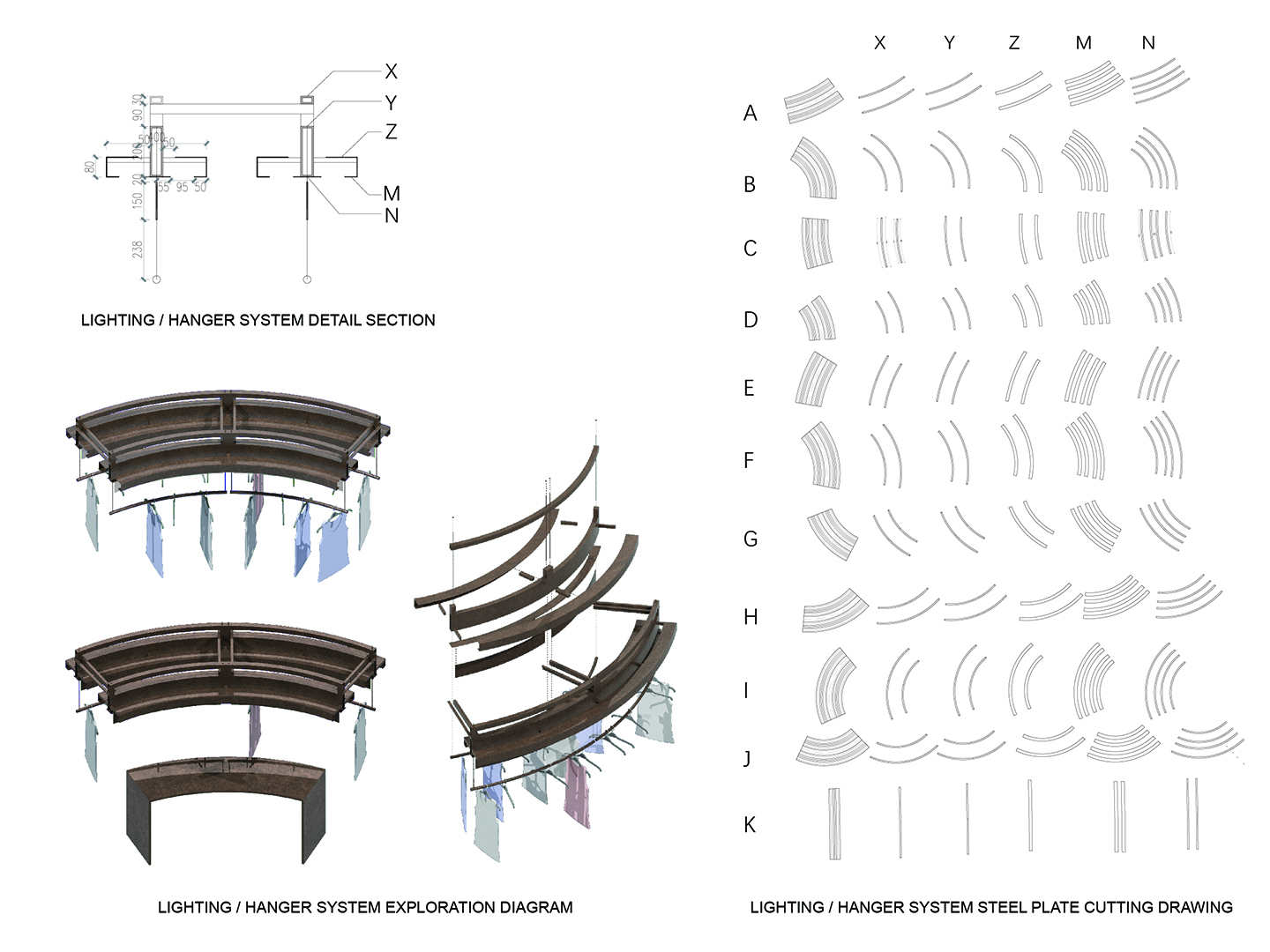 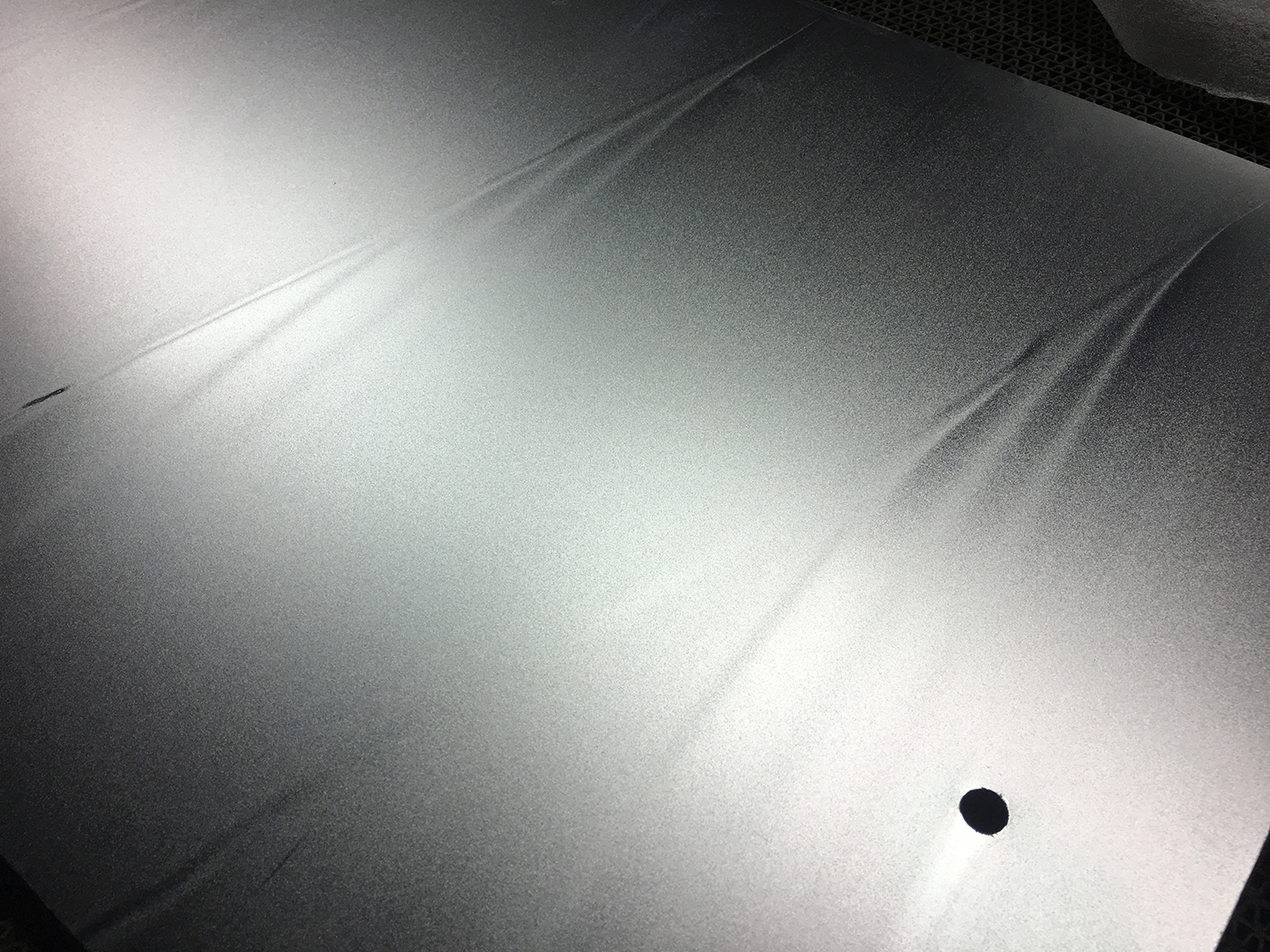 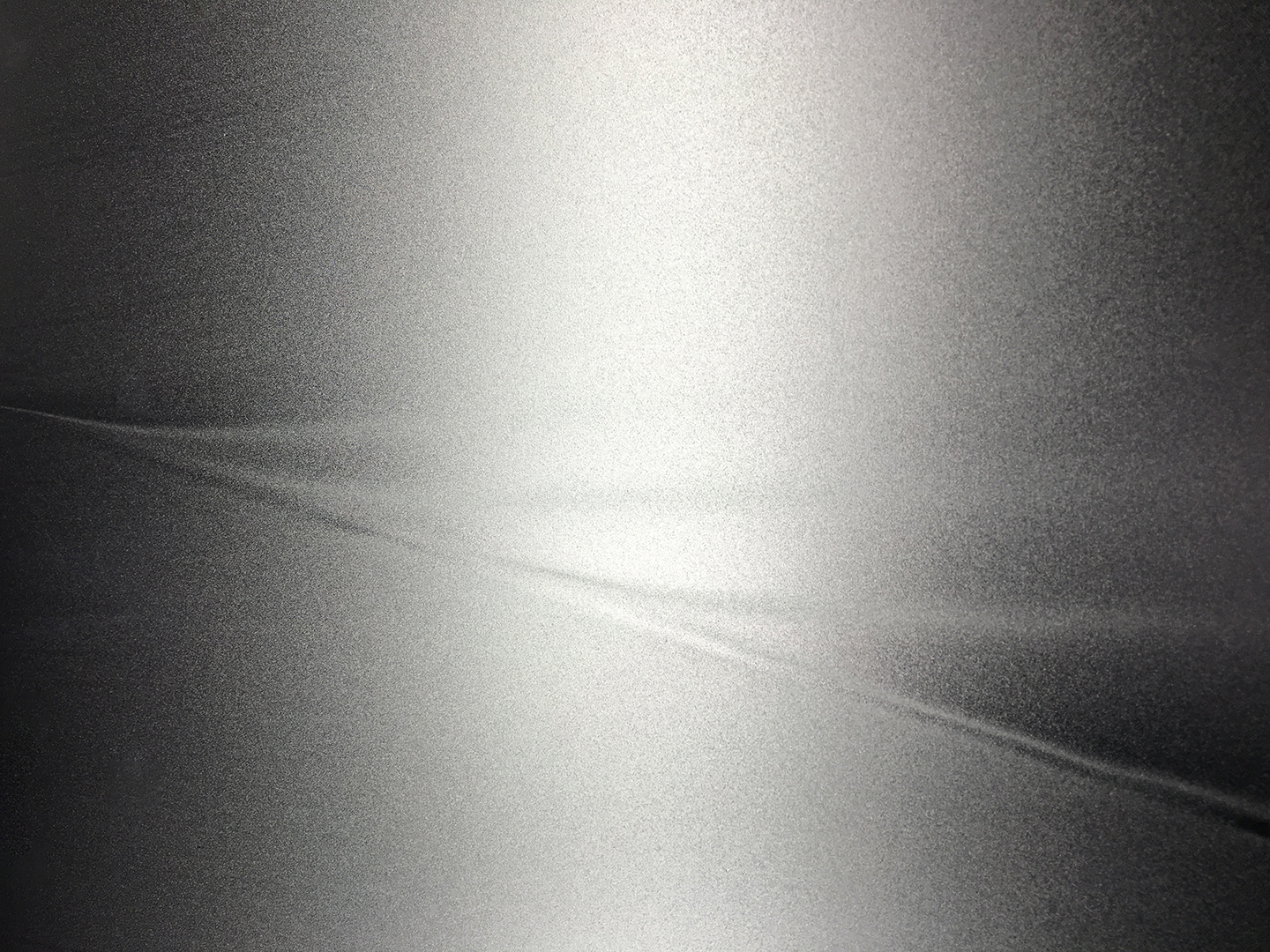 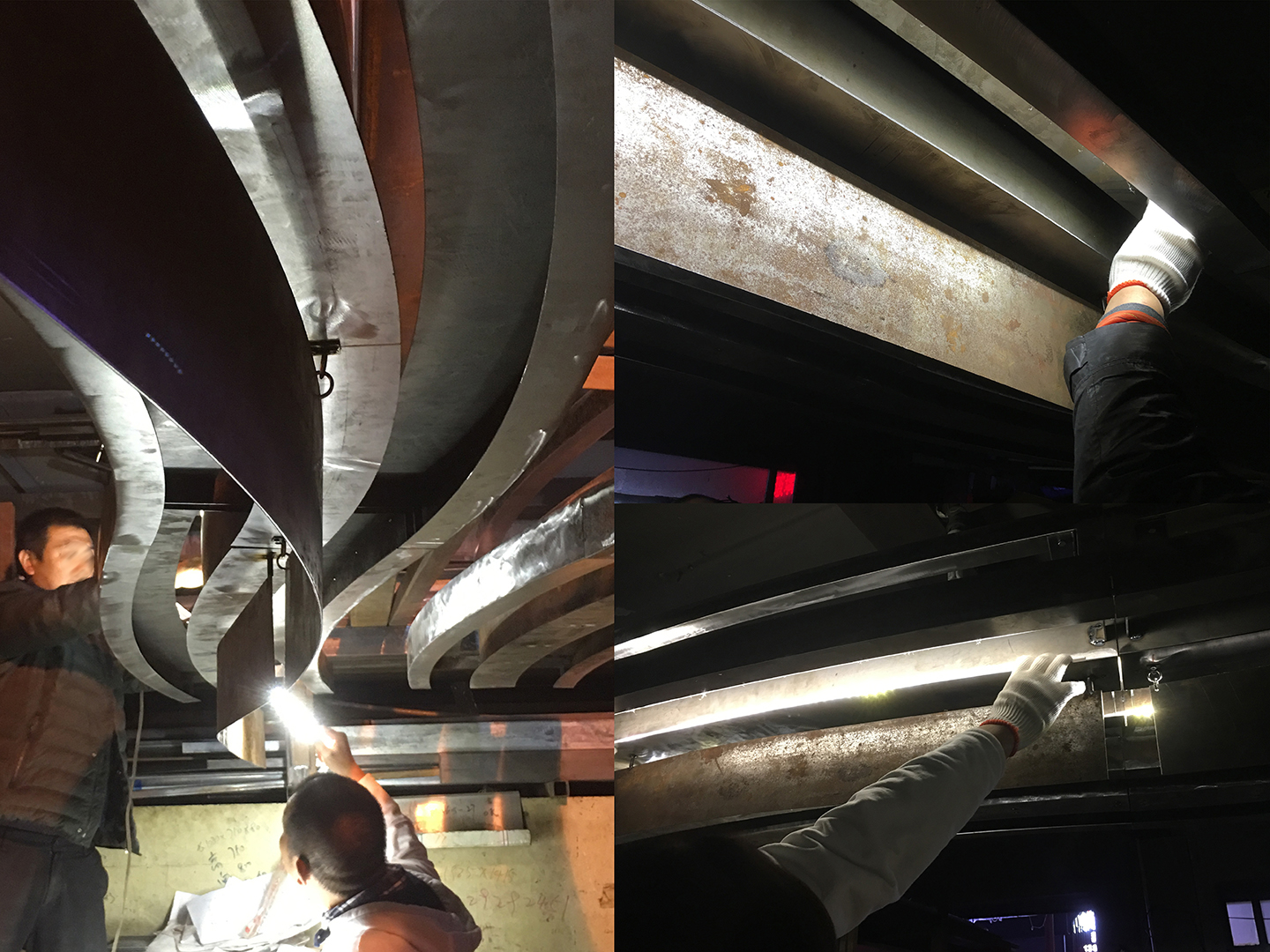 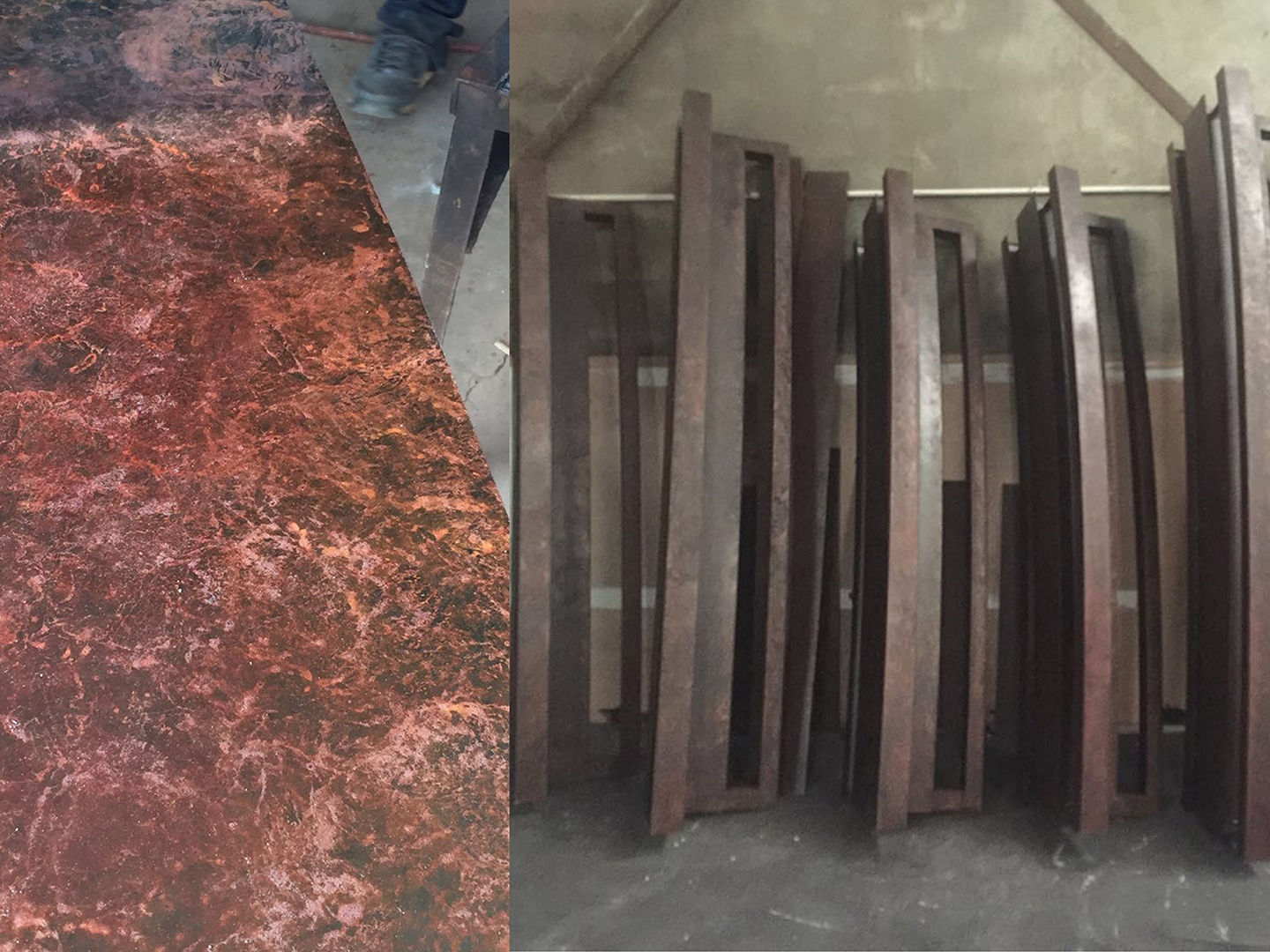 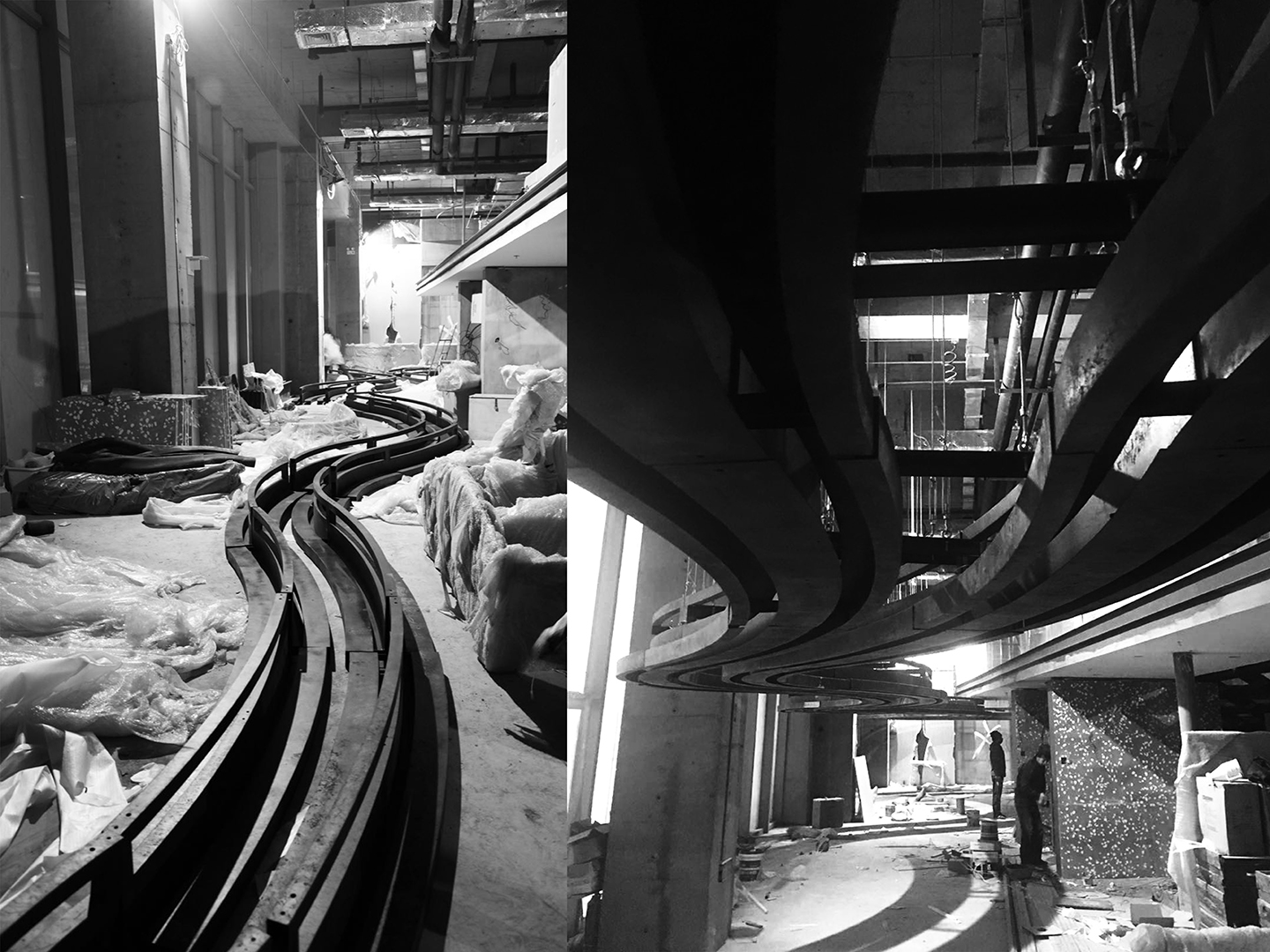 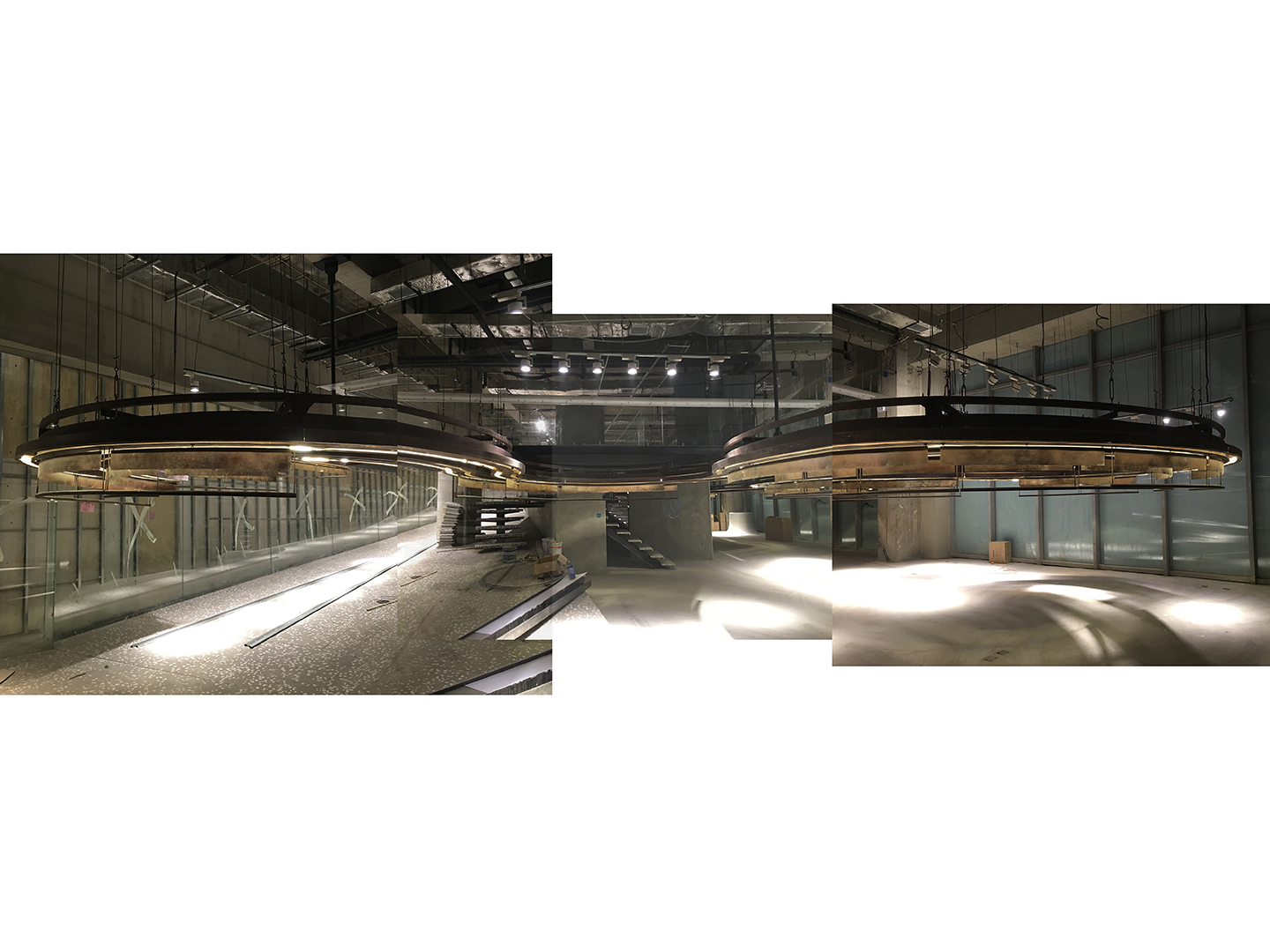 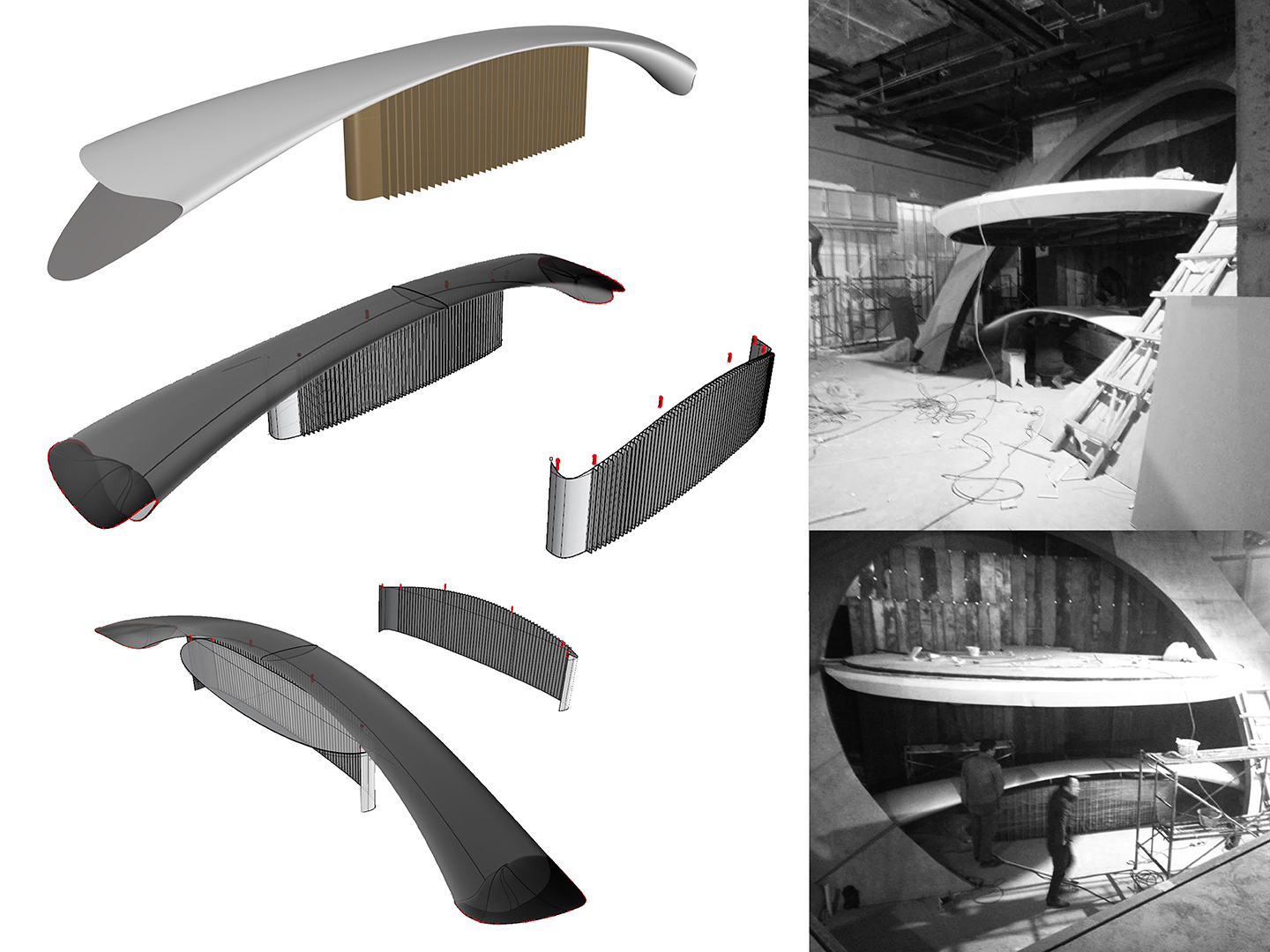 Models walk on the runway from the beginning of the ramp to the end; customers wander from the fitting room to the cashier, while waiters taking the coffee step on to the leisure platform. There are numerous separate movements interactively weaving through the space, defining the MASSTONE Fashion Boutique in Taiyuan, a project conceived and designed by SpActrum.

The design concept came from a straight fusion of fashion shows and natural stone forms. Inspired by the floating stands around the show stage, which simulate the ups and downs of stacked rocky paths, the basic concept was born: there would be an inner garden, inheriting the modernist tradition, omitting decoration and narrative, and providing a venue for multiple events by using basic architectural features, such as ramps, platforms, and ladders. The paths follow the movements of purposeful people, while lingering is triggered by spontaneous reactions, diverting them from the original paths, and represent a state of indulgence in the space without any specific purpose.

The primitive idea of the design was developed into a large and gentle slope towards the entrance. The track from the ramp to the top platform forms a coherent path, while three short stairs were constructed to allow possibilities of more paths. These platforms are connected by steel columns and steel suspension arms to the main structure of the shopping mall. They are condensed into a plane and combined with two basic layers of structure and cladding. To create a floating effect, thin handrails, made of 6mm anodized aluminum plates, are located on the upper glass fence.

The elevated platform becomes an ambiguous space, with its interlaced paths encouraging people to linger. The sale and displays of fashion are mainly arranged on the first floor, with huge hanger tracks made of steel floating in the air. At night, the built-in lighting system makes these steel hangers exhibit a visual quality, like flowing lava. On the east side of the shop is a huge floor-to-ceiling glass window facing the proposed Bar Street. On the west side of the store, the ramp divides the long facade facing the inner space of the mall. At the north end of the store, a steel bevel leaning against the concrete wall and the triangular wall under the ramp, are covered with vertical plants. The auto-irrigated green walls create a green valley, forming a second entrance.

Fashion boutiques have become a growing trend of China’s real economy. Many stereotyped styles are portrayed in them, such as artistic, simple European, dark or industrial styles. This project attempted to provide another answer by dissolving the myth of style, confronting and accepting the spatial characteristics and acknowledging the essential needs of human beings. In order to highlight the real, not only is the concrete structure exposed, but also some of the traces of the construction stage are retained. This quality has verified its value after the completion, and the space has now been recognized by many internationally famous fashion designers.