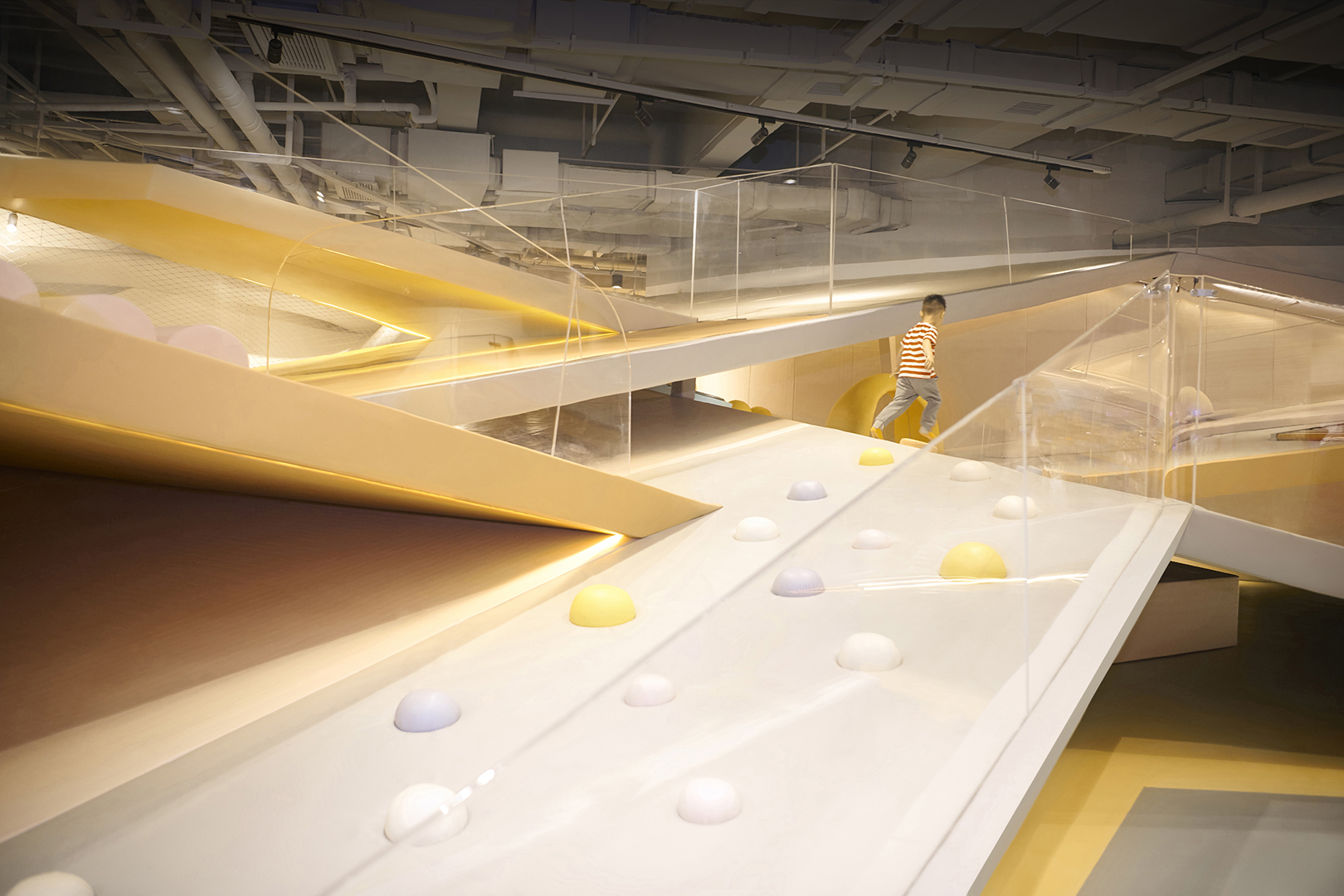 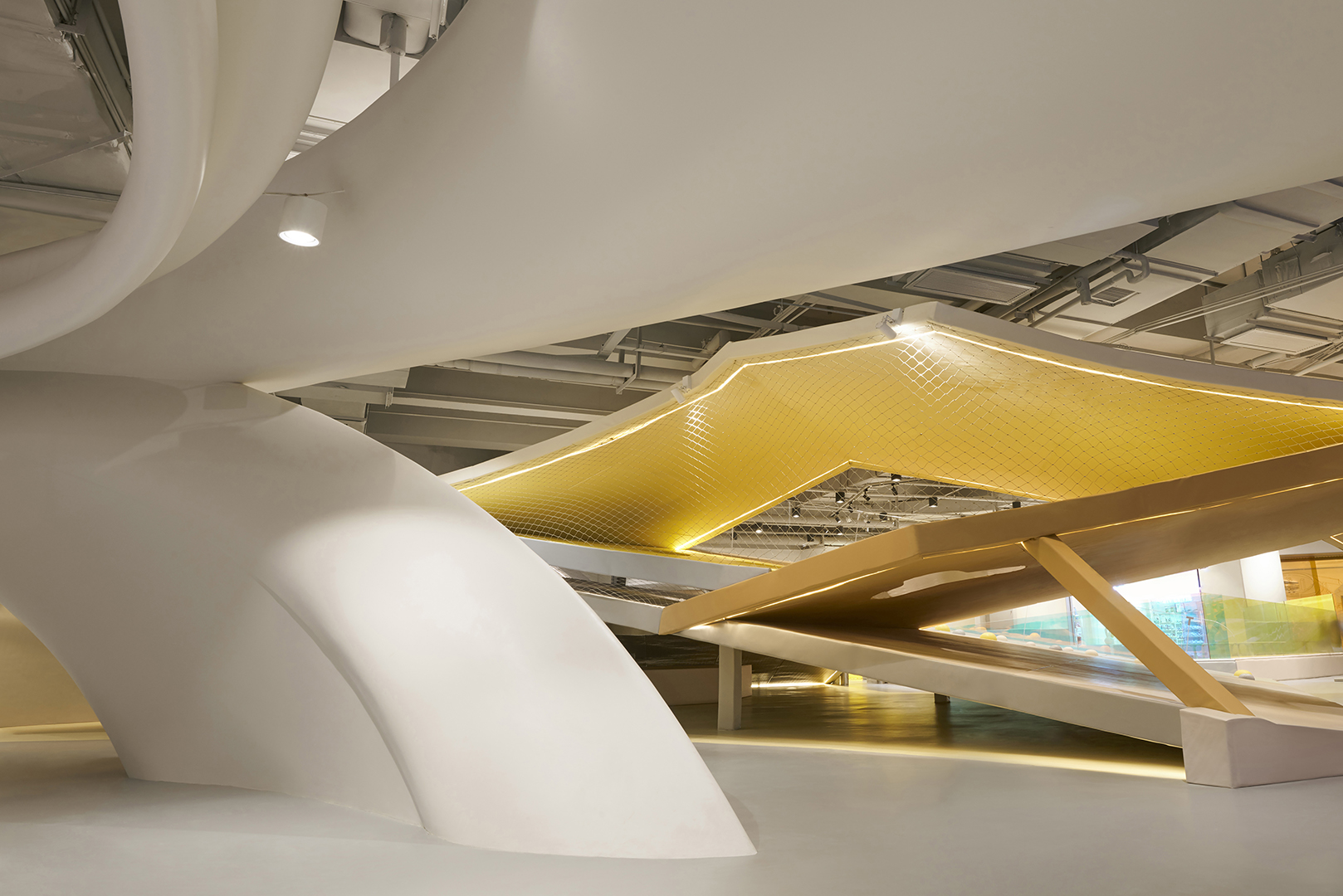 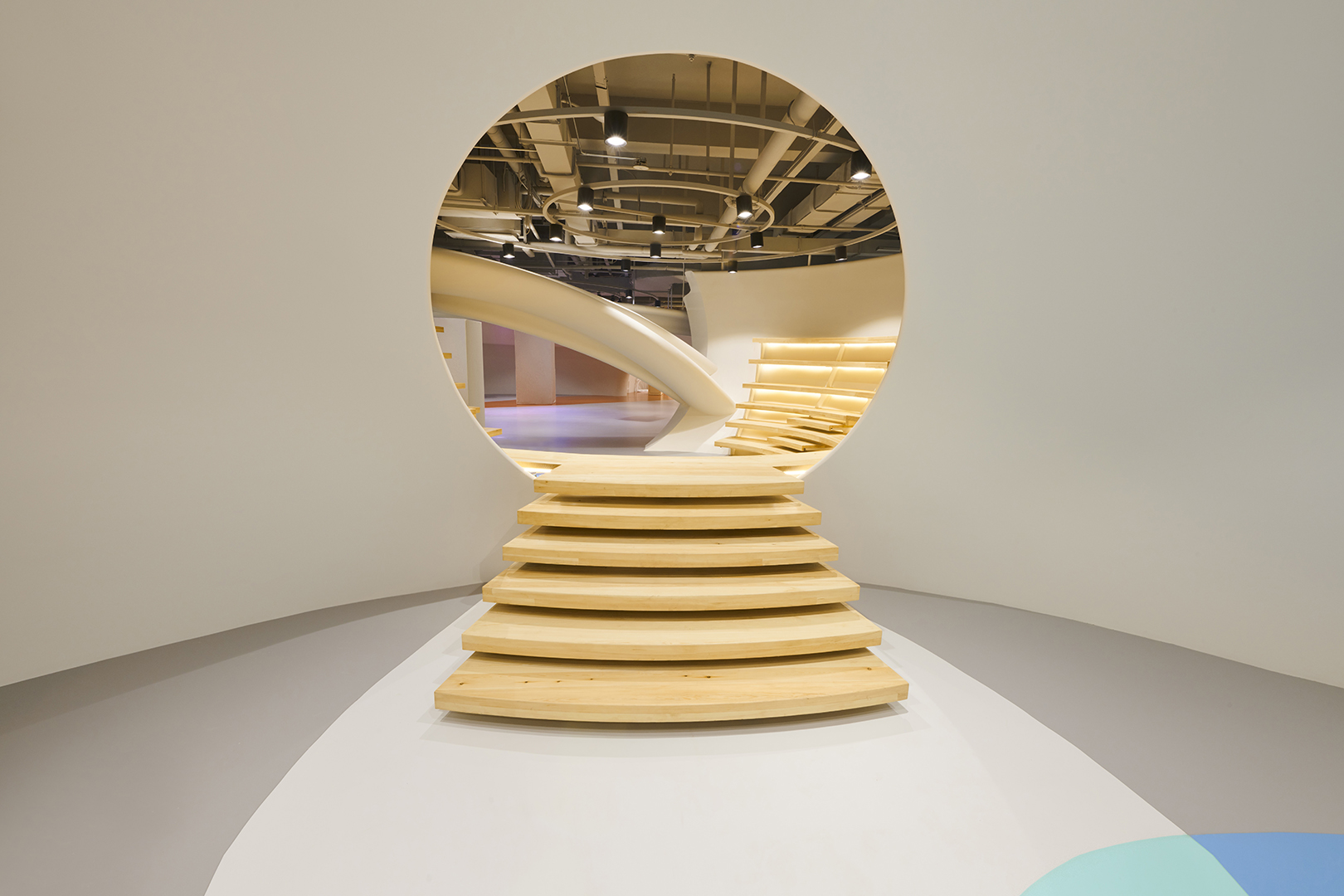 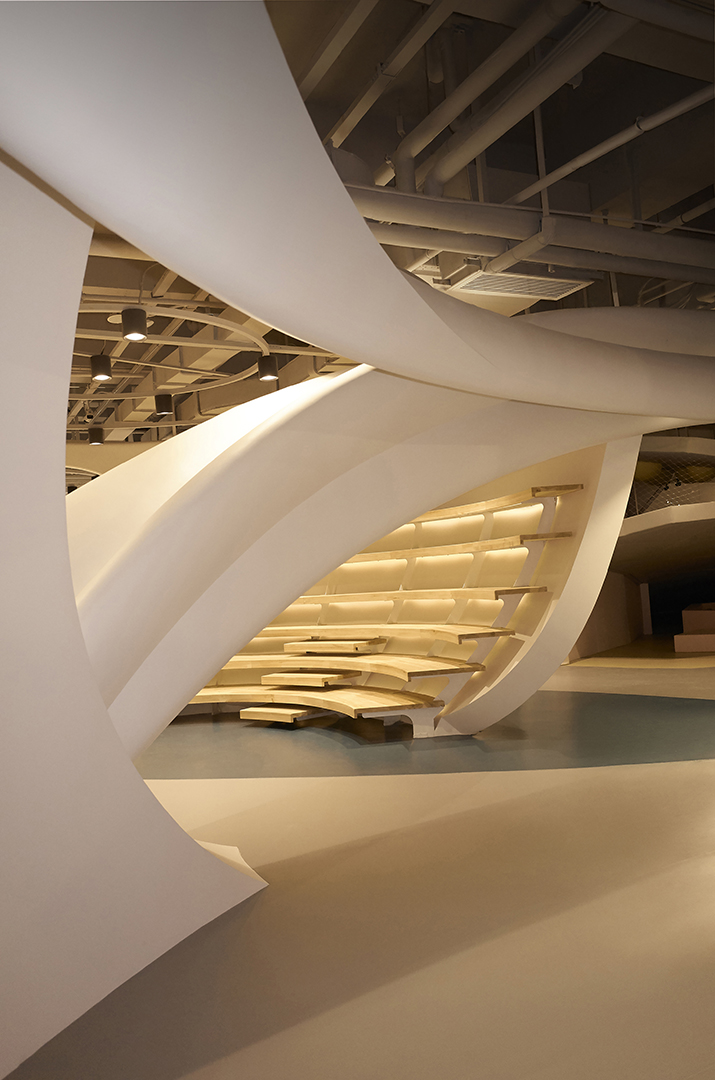 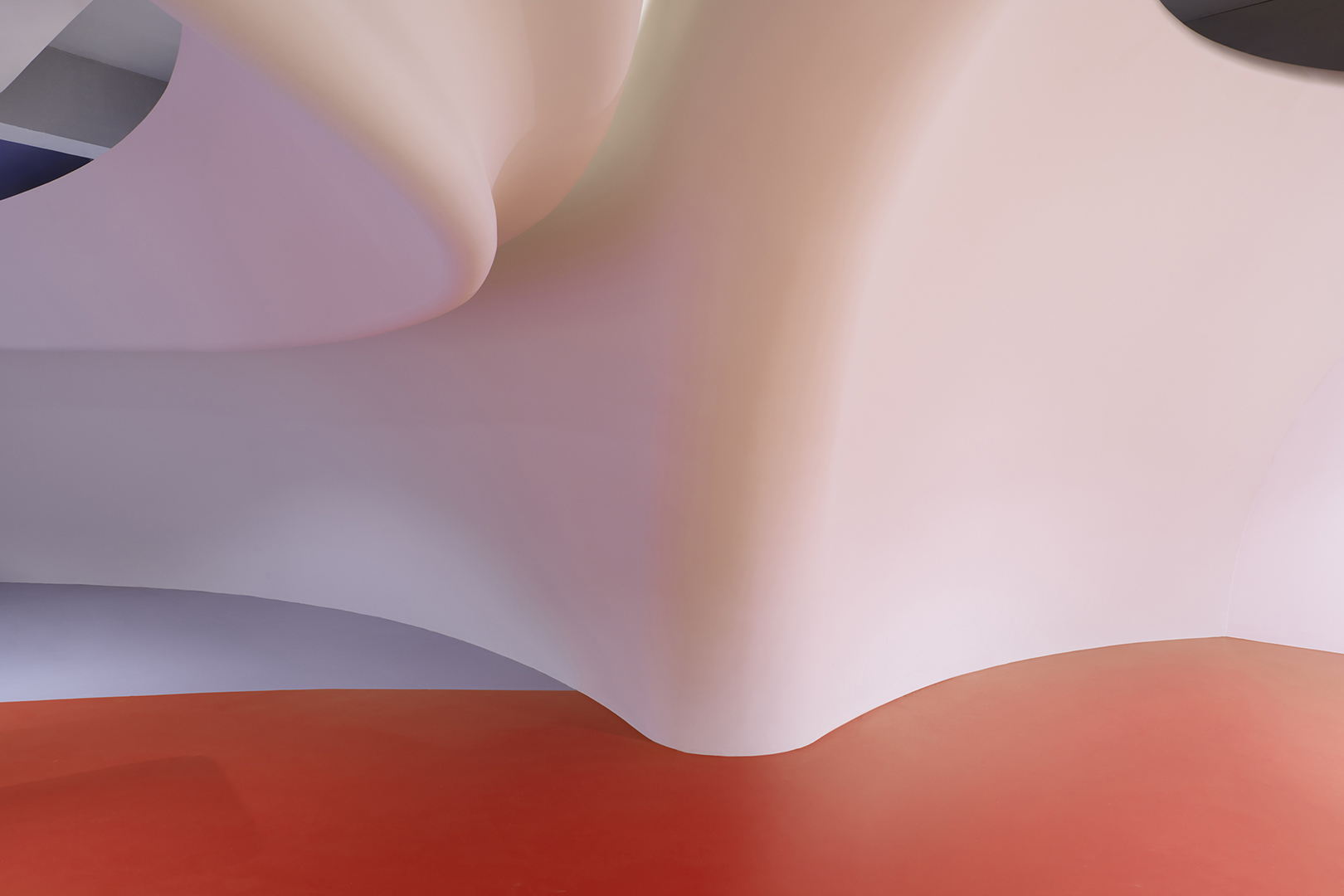 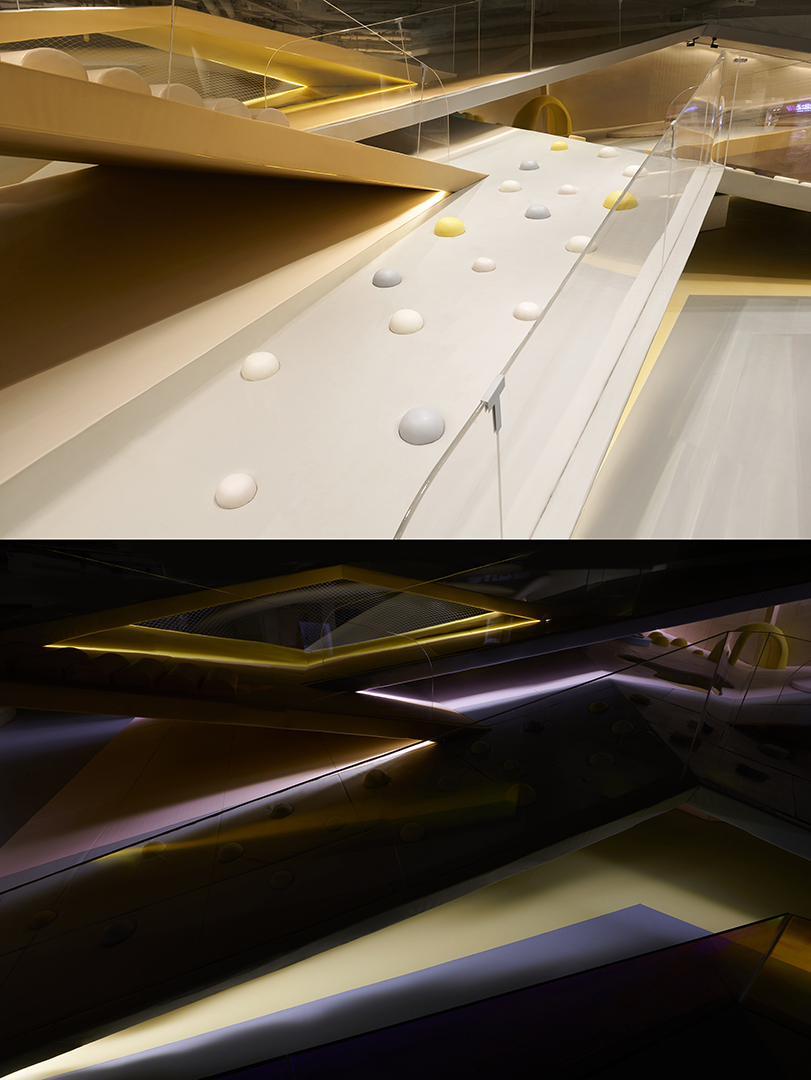 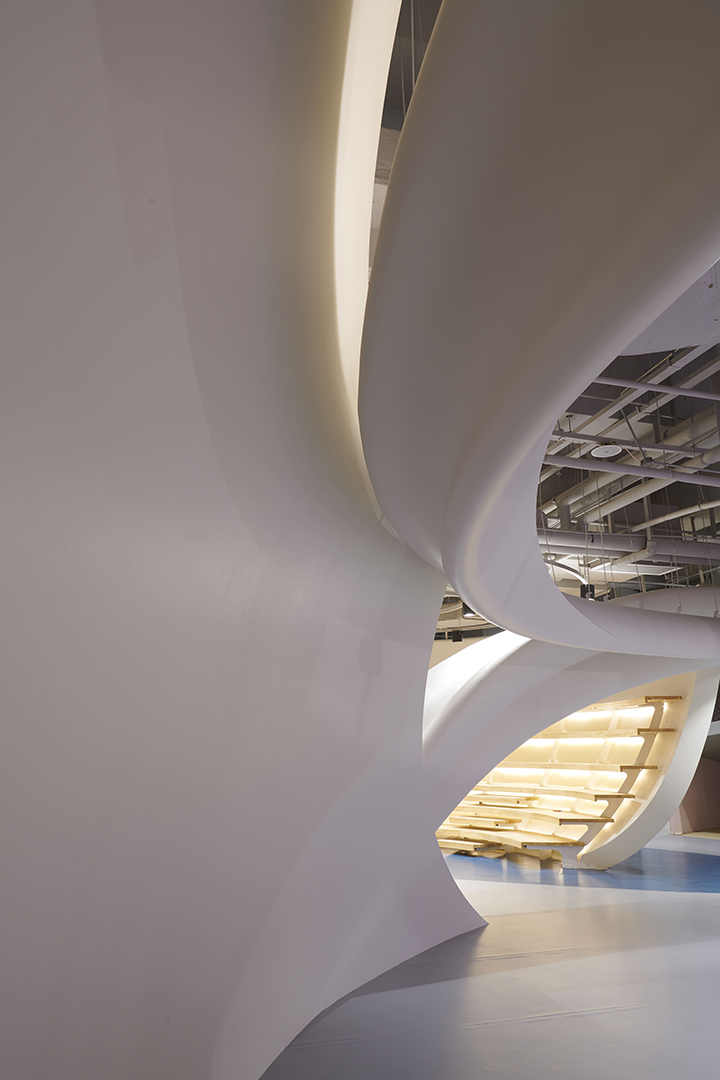 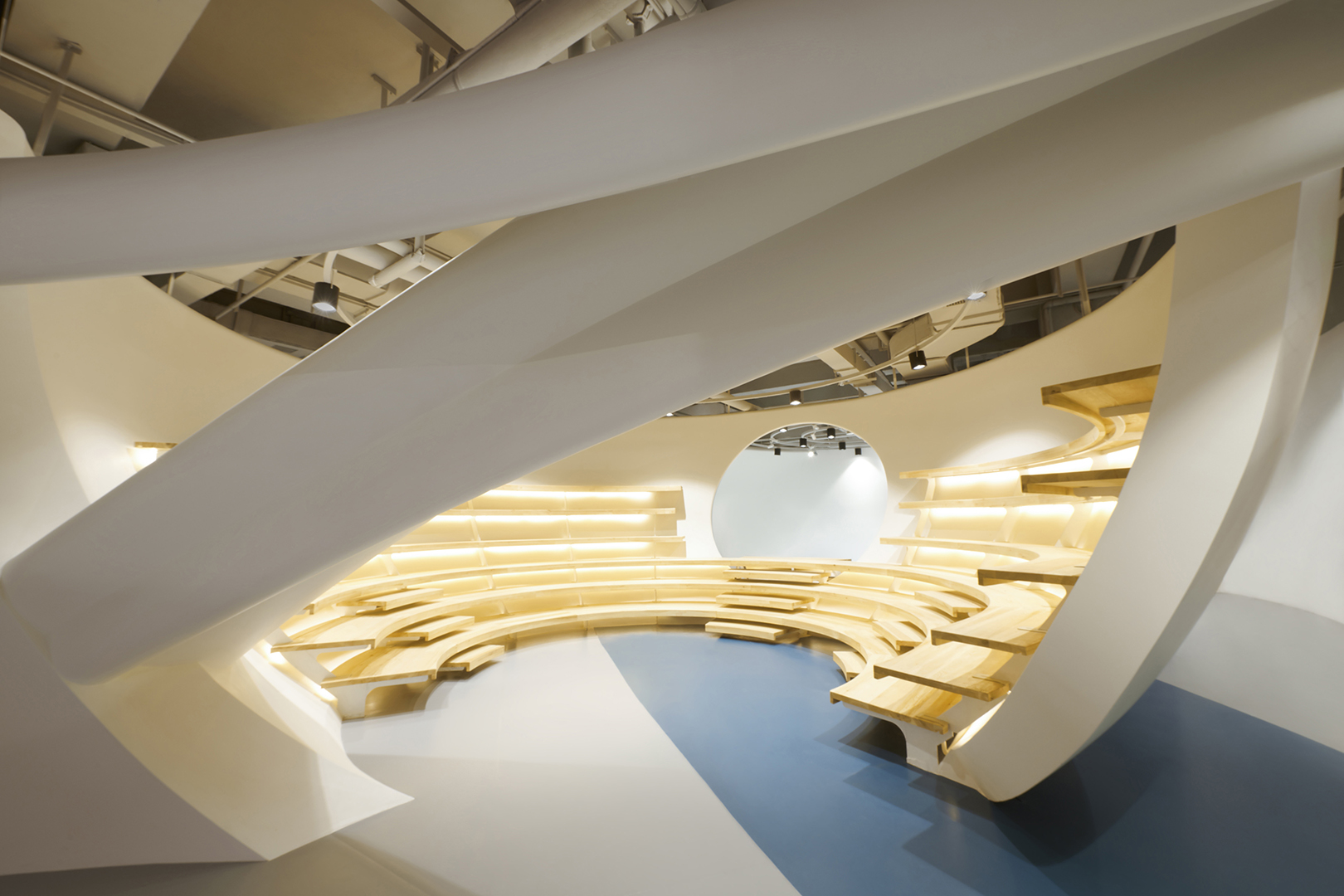 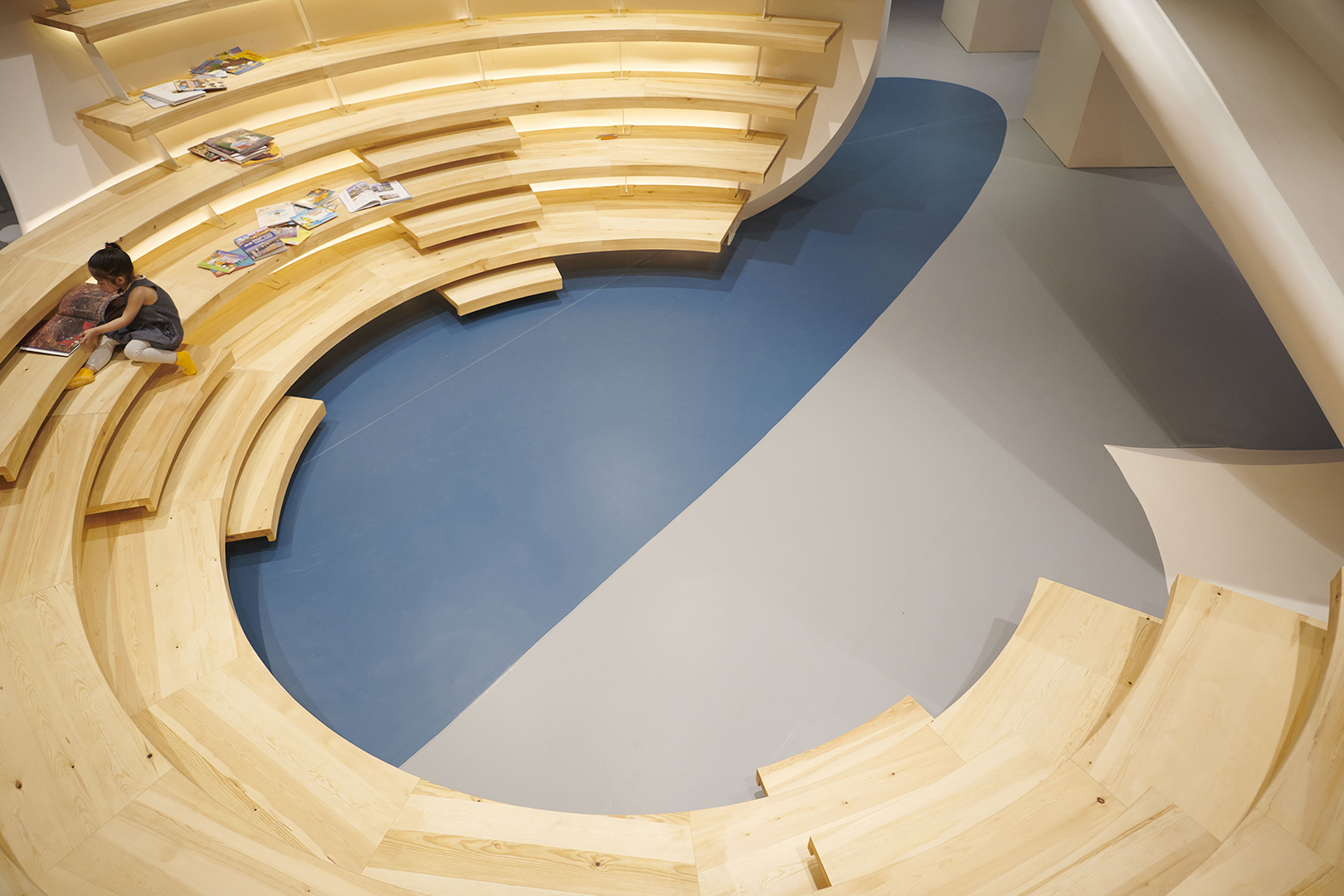 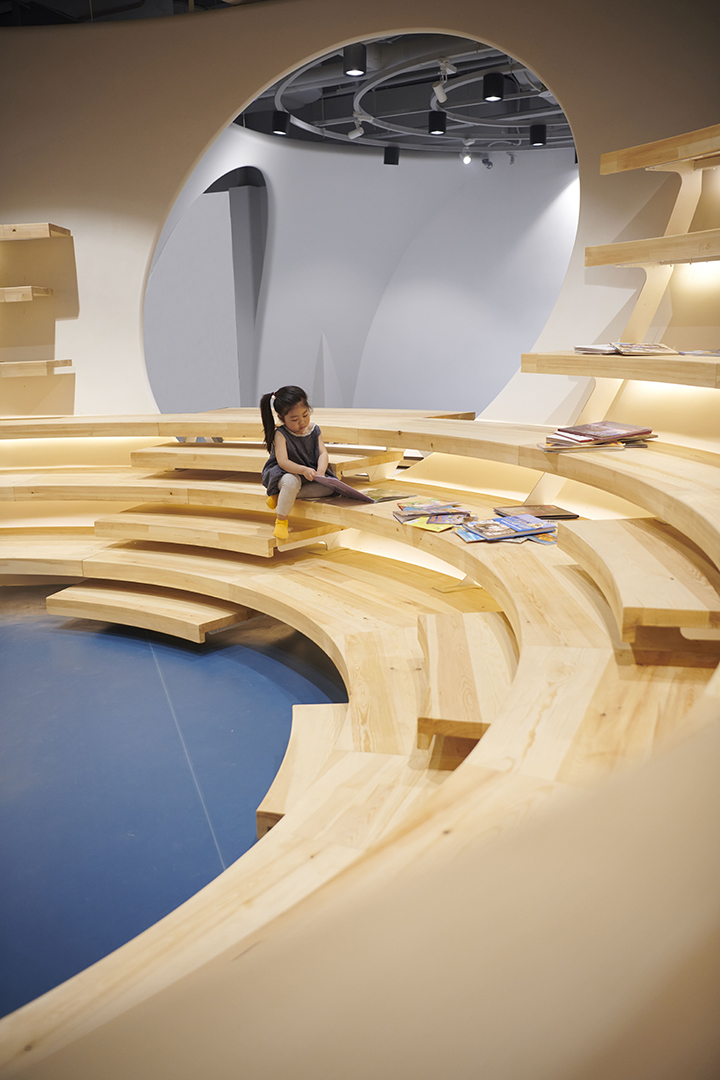 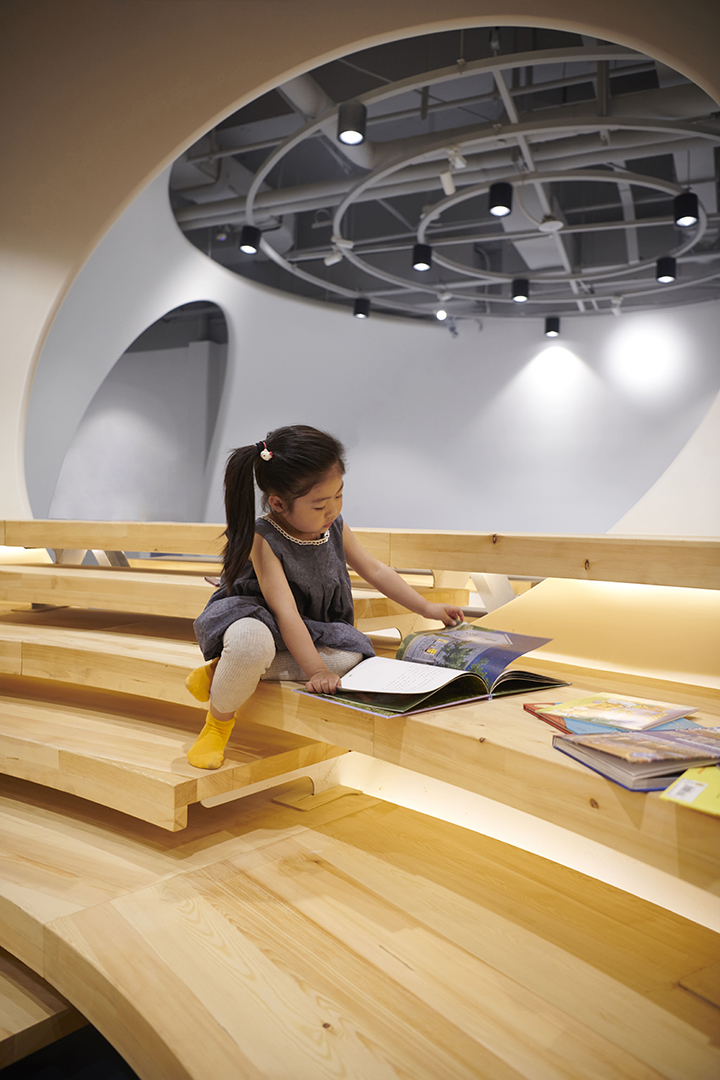 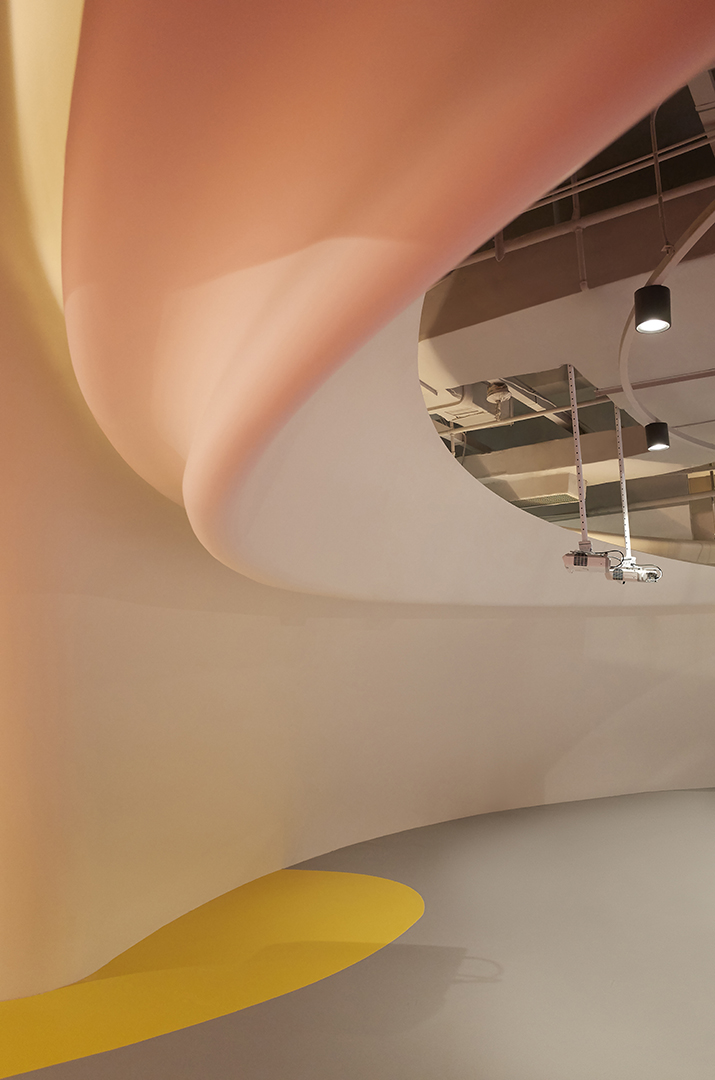 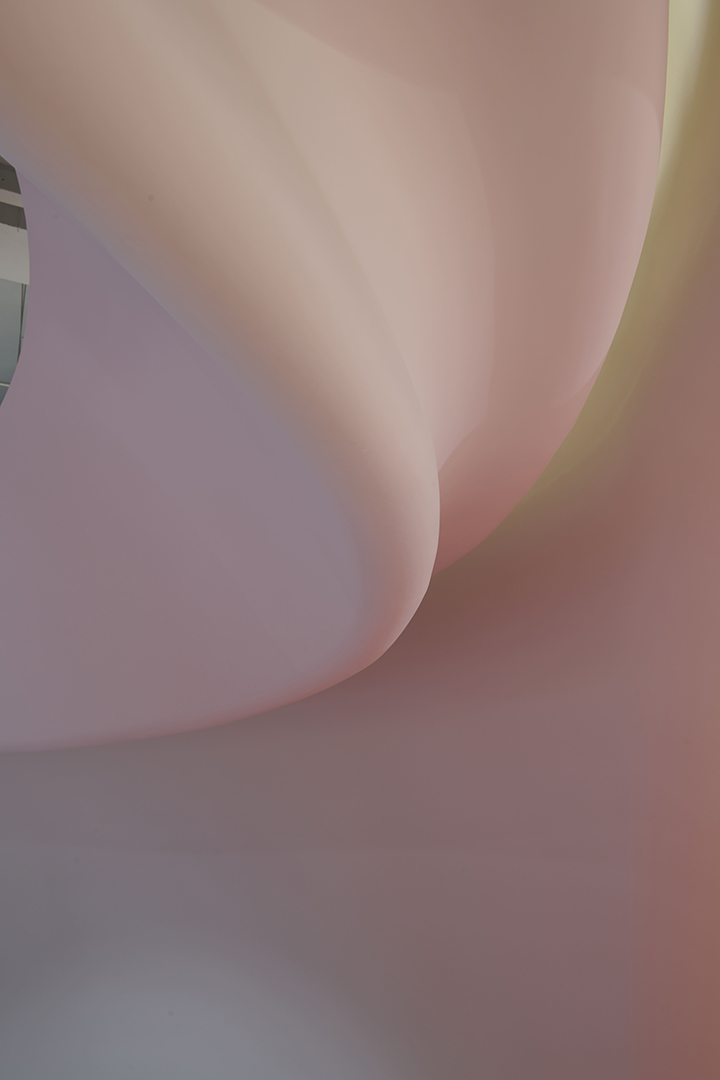 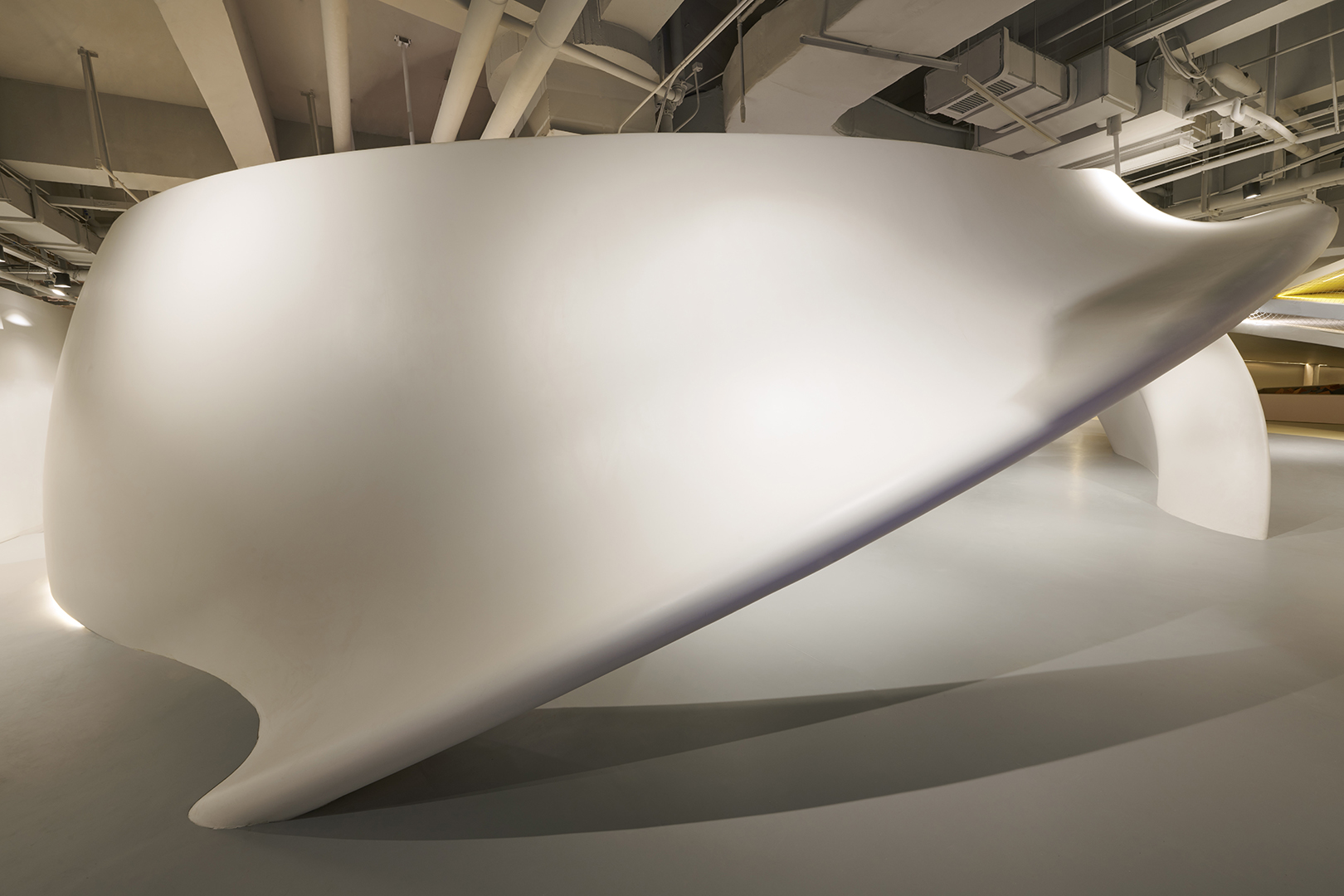 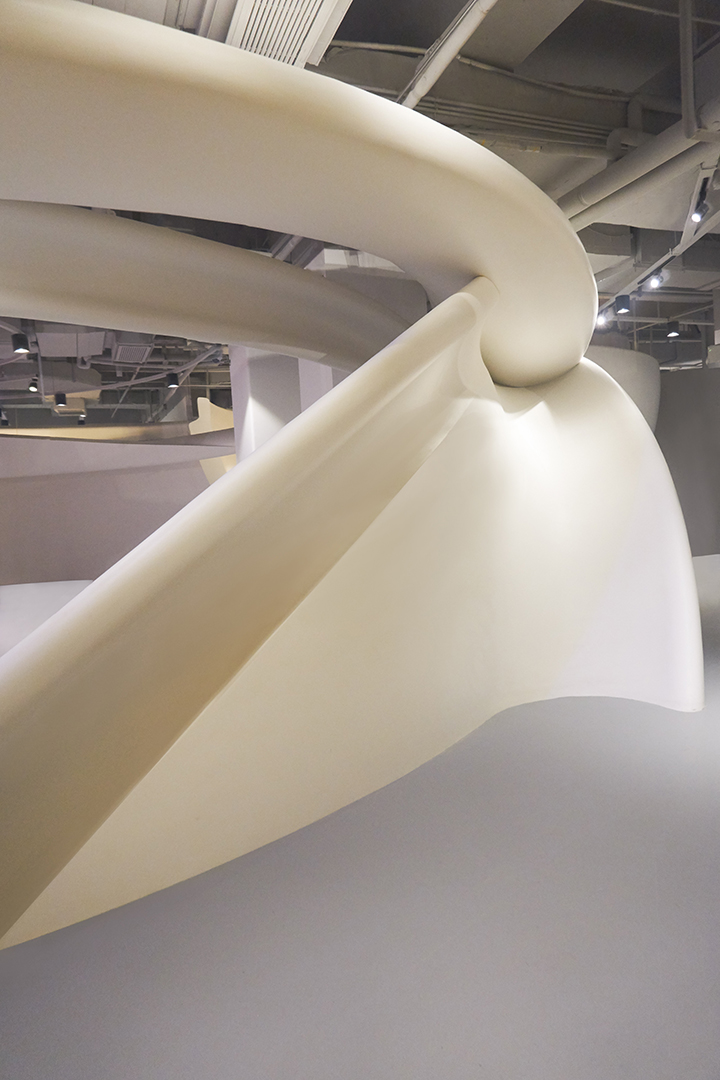 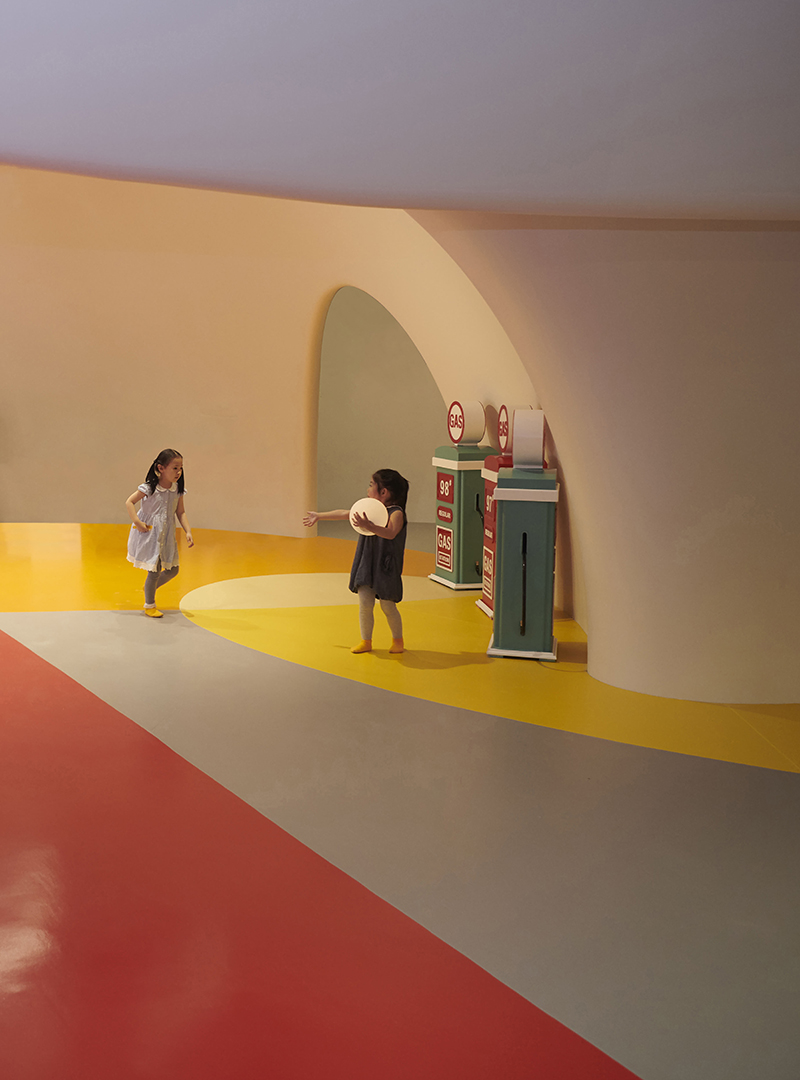 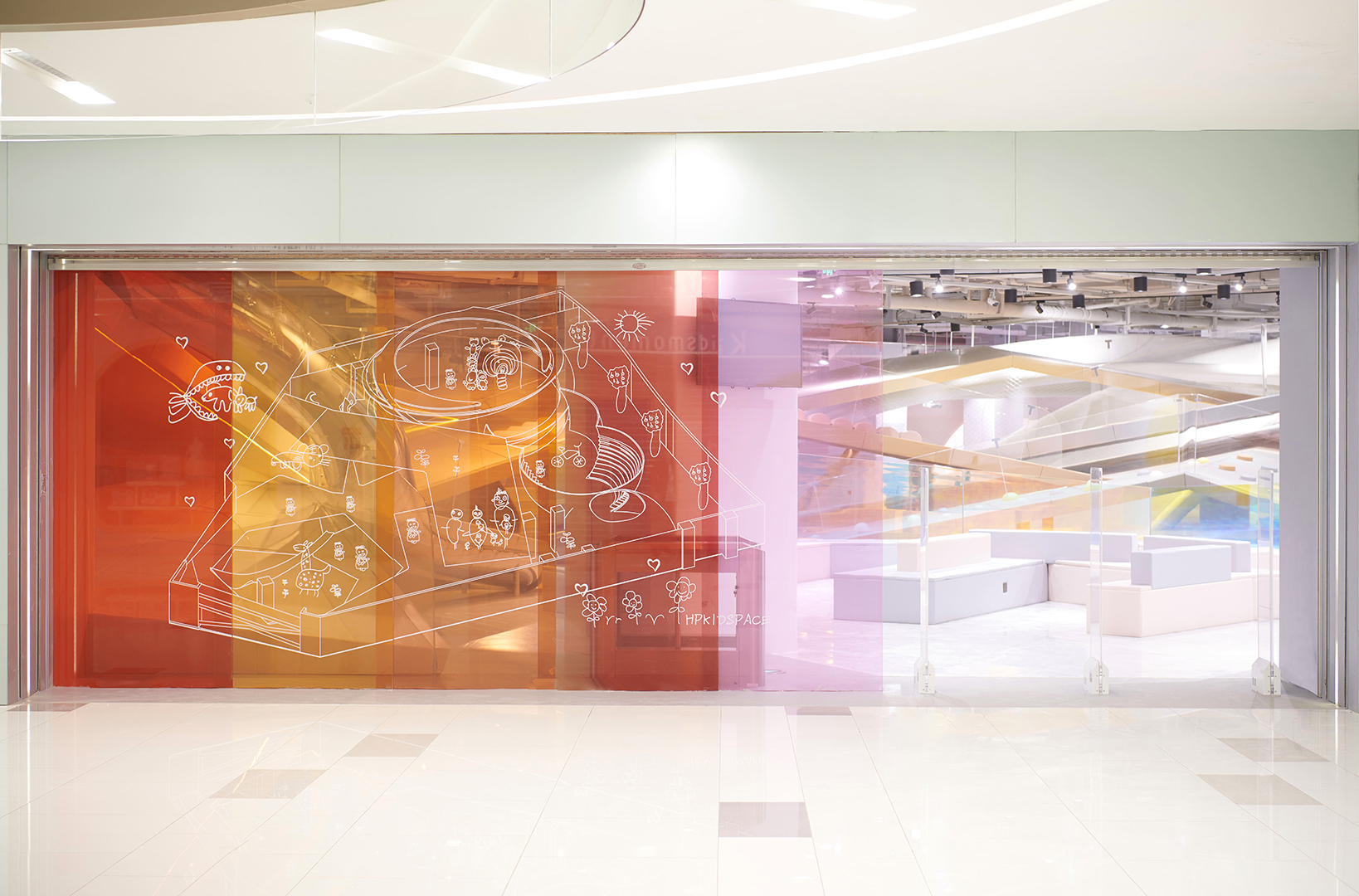 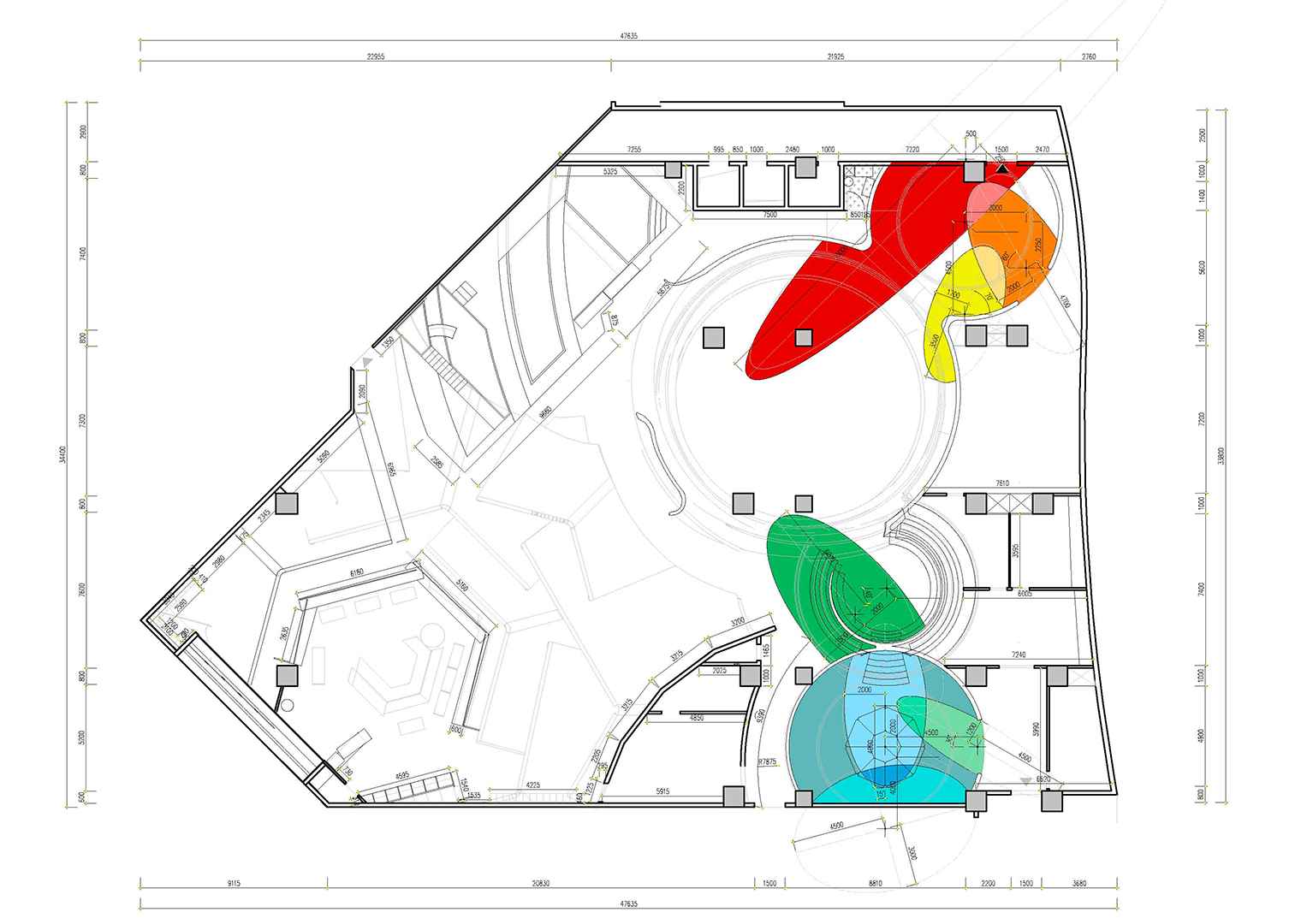 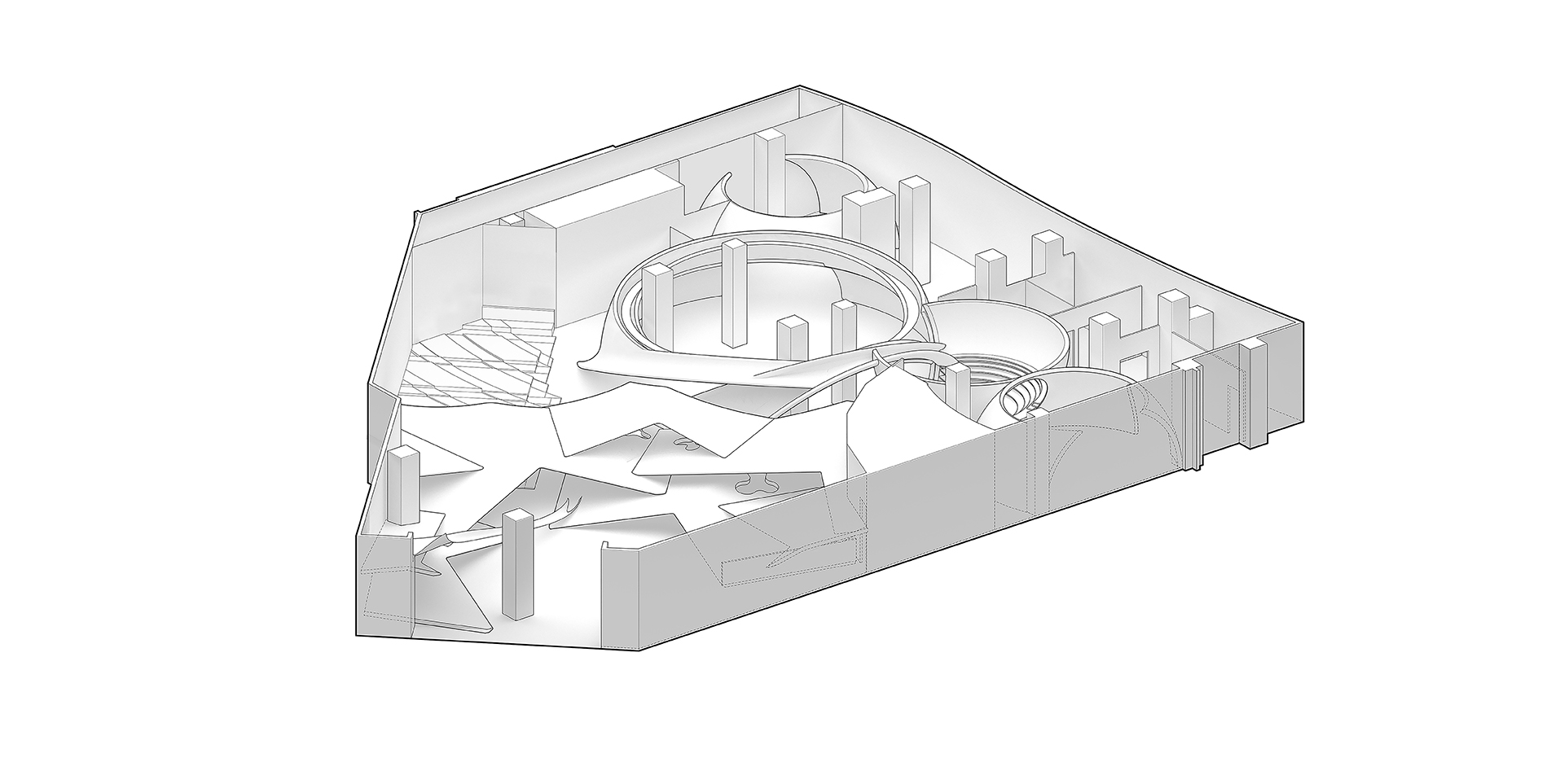 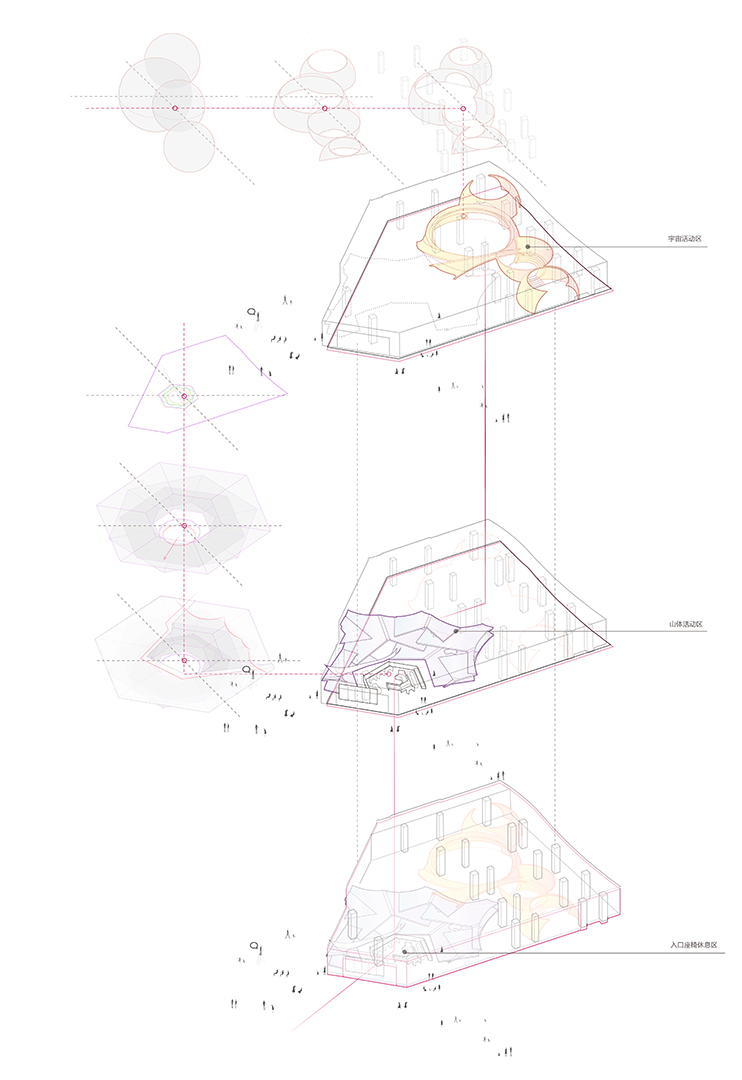 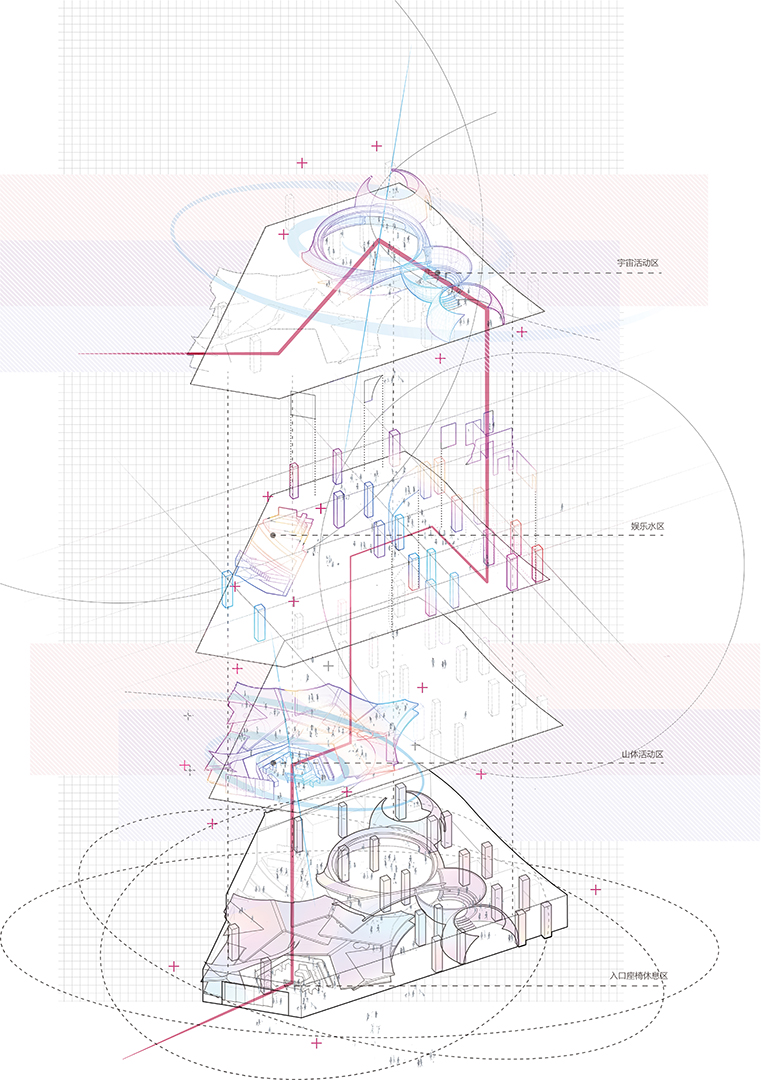 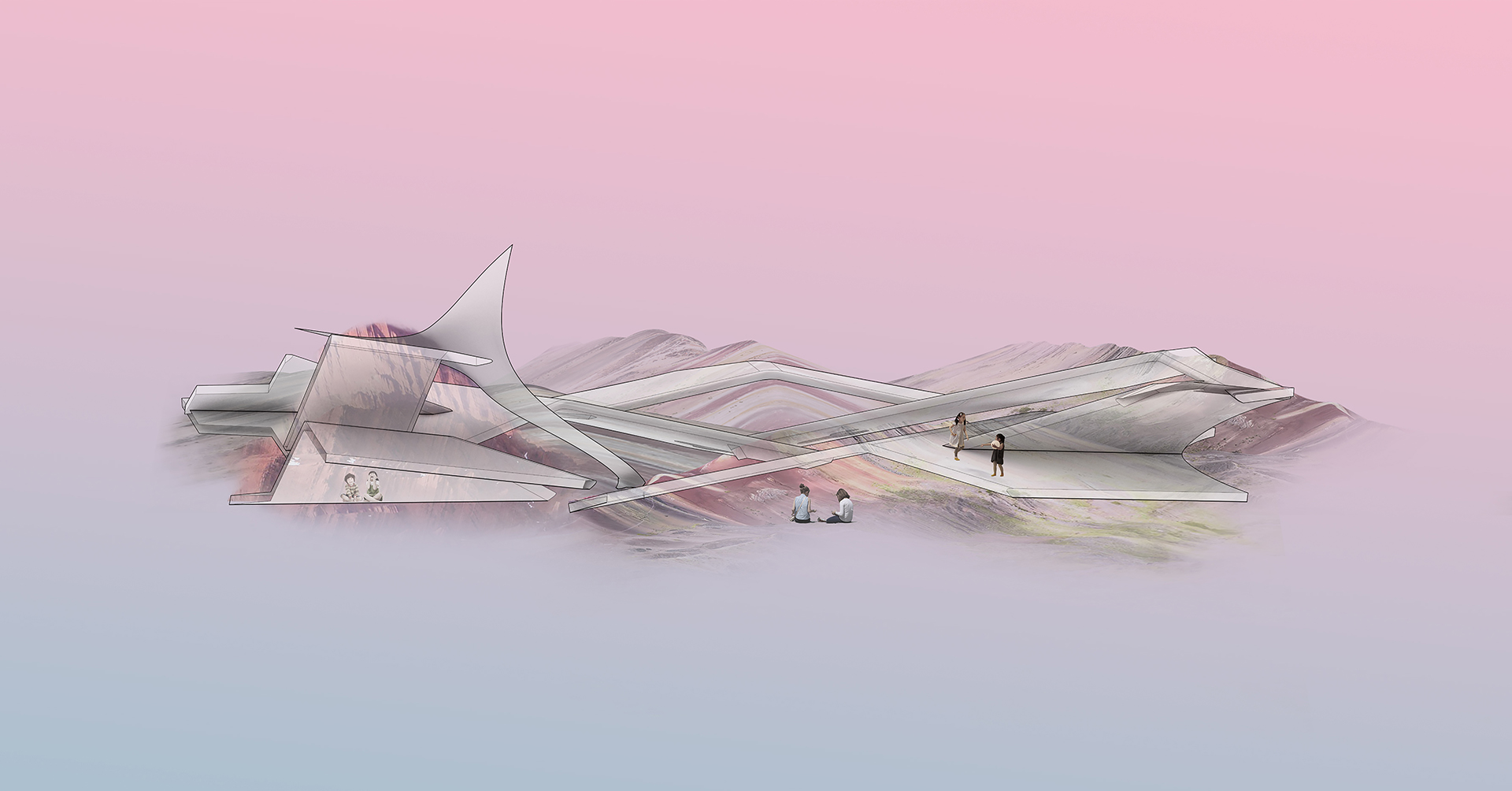 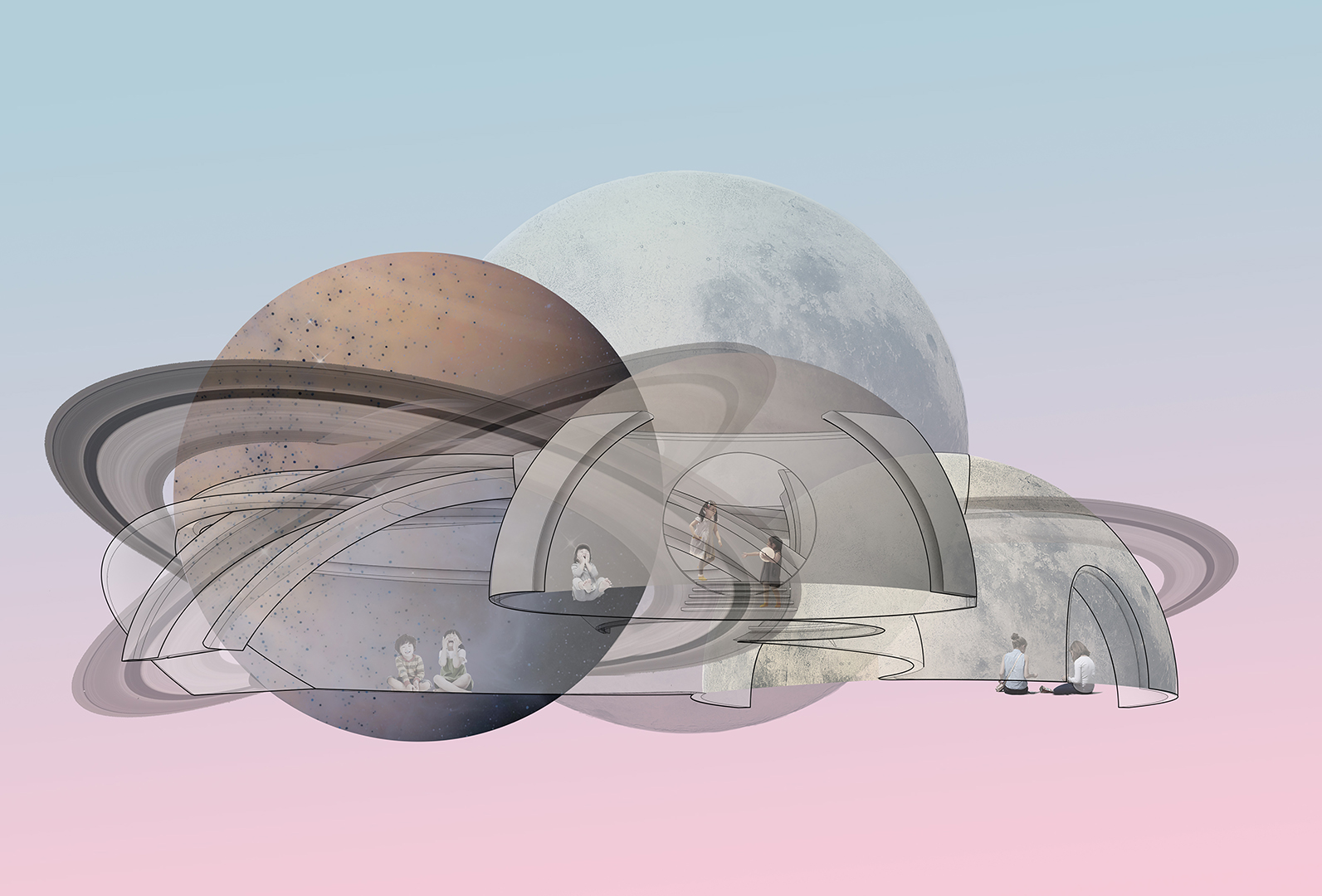 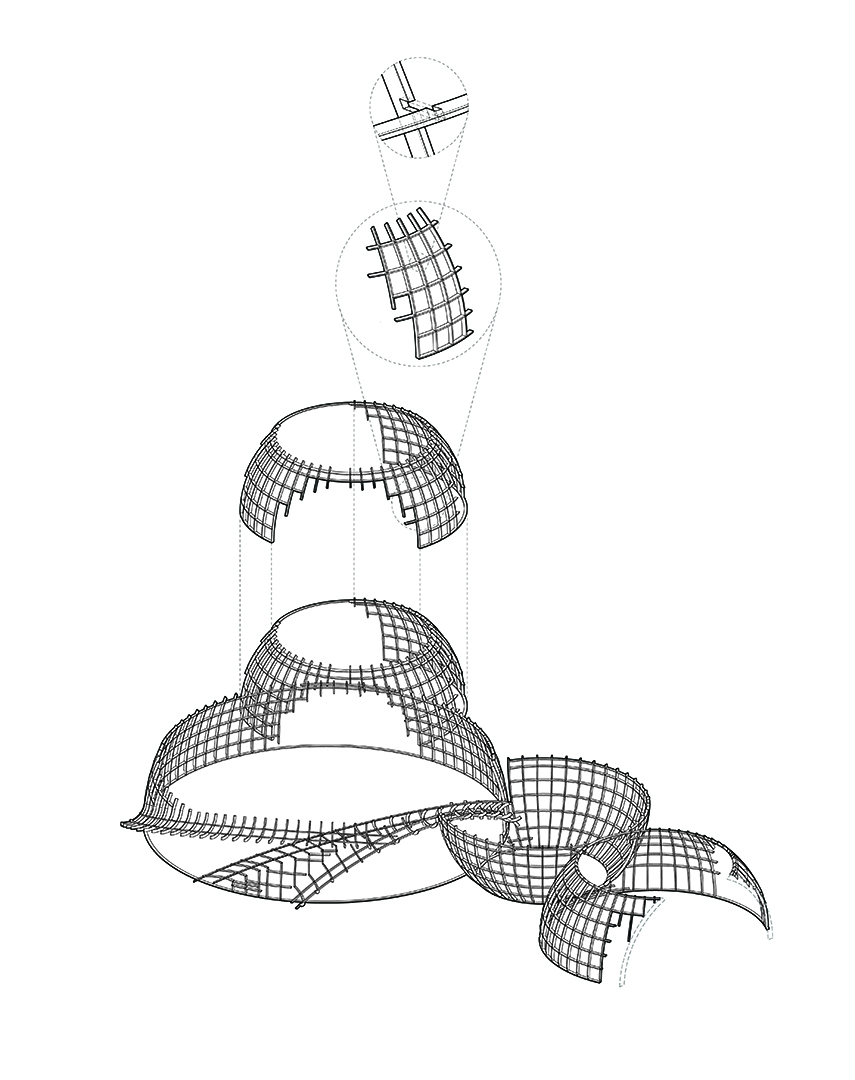 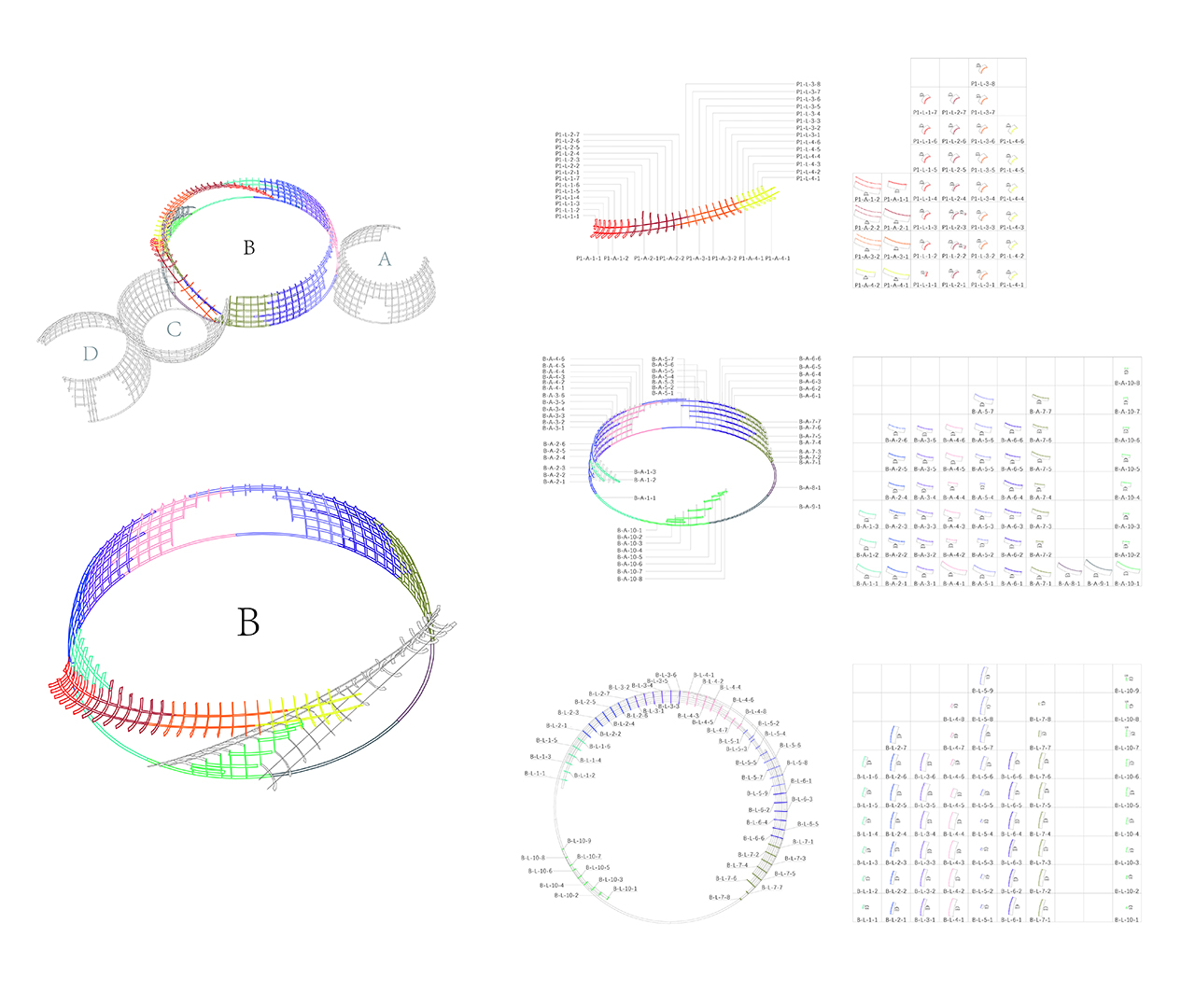 Children's minds are not limited to Hello Kitty and Peppa Pig.

HP Kid Space, the indoor project of SpActrum, went into operation in mid-2019. As a kid space with the new concept, the design team tried to make it become the ideal place for children to resonate with the universe, as well as the memorial place for them to run and to lie supine.

In current China, the big-scale urbanization has significantly reduced the chances of children to contact with nature. Consequently, Shopping Malls have become the central place for children's amusement. Meanwhile, various cartoon characters have become the leading cognition of adults for children's life. SpActrum believes that this cognition is just simple collusion of capitalism, rather than a real appeal of children. Children should not live in a dream world created by adults. Instead, we should offer them a place of free and inclusive.

Then, SpActrum began to explore the design language. We considered that the overall form should have the enlightening of the cosmogenic origin. High-speed and high-energy is the daily condition here, but the whole universe seems as it stops. What we want to express is the extreme speed movement hidden in the stillness like this, so we returned to the primary sphere. Through multidirectional transformation, the plane evolves into a series of slopes that can walk and climb, which would retain the memory of the terrain. Finally, the space is divided into two parts, the "universe" area evolved from the sphere and the "mountain" area consist of the slopes.

In this project, SpActrum attempted to give a chance for children to reconnect with nature. At the front space of the site, kids could run on the hillside and explore in the different caves. At the rear space of the site, according to the different size of the enclosed area surrounded by the cutting sphere, they could become different spaces. It could be a display wall, a small theatre with wooden steps. As well as, It could become an inverted bowl space, which is an excellent place for children to hold a party.

In the HP Kid Space, we regarded children as the growing main body. So we reduced the stimulation of symbolic image and constructed the exploration space by the geometry connecting with the law of the universe. At the same time, we aroused the instinct of children's body rhythm and contact by the abundant space and interface. Therefore, the childhood memory will have not only the IP images that force implanted by the commerce but also the moment of highlights that children explore themselves on their own.